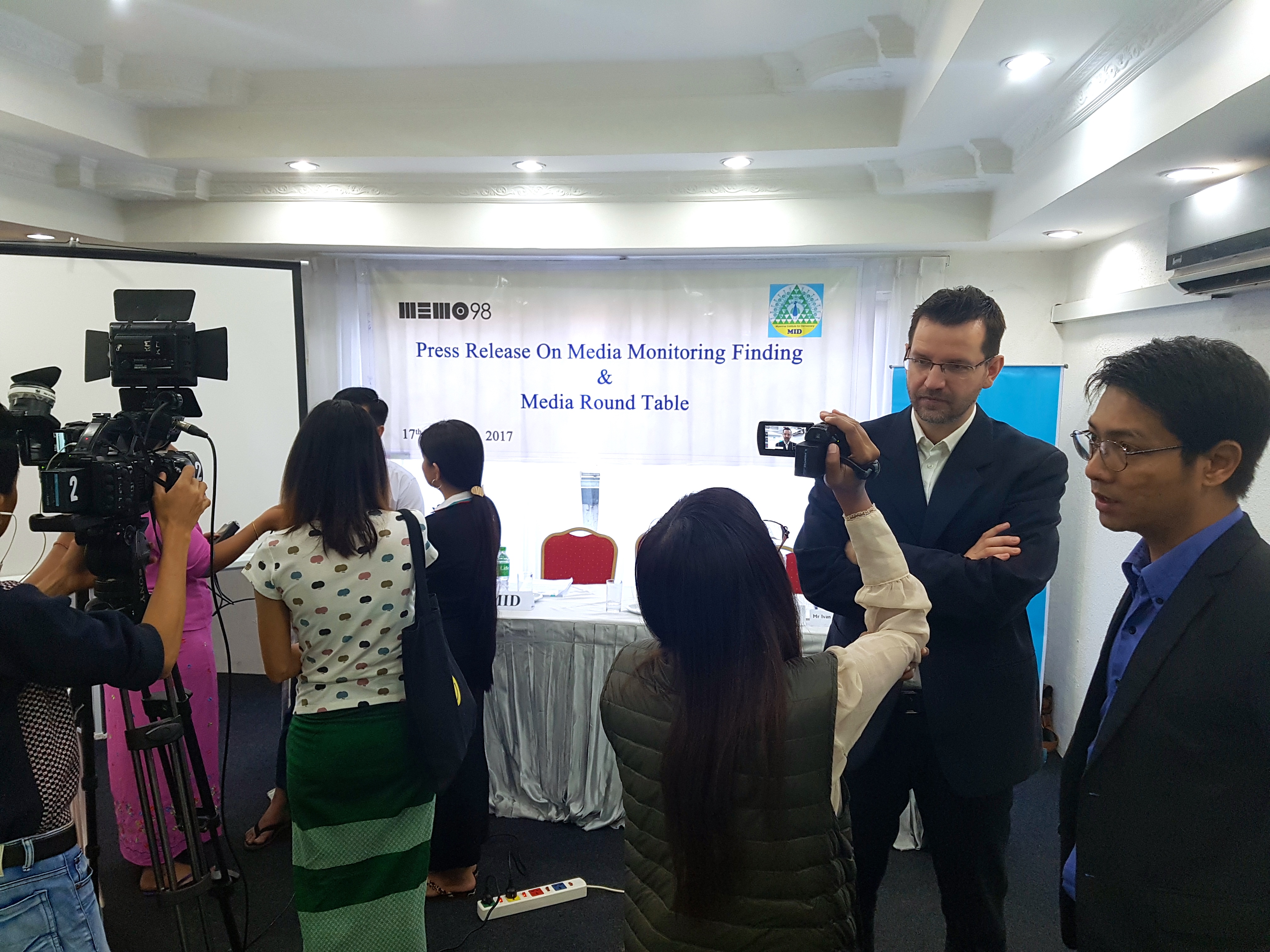 Yangon, 13 February 2017 – Myanmar Institute for Democracy (MID), an independent, non-partisan organization dedicated to freedom of expression and the media, and MEMO 98, the Slovak media monitoring organization, organized a roundtable to discuss the way how the media cover political developments in the country following the 2015 general elections. More specifically, the monitoring has sought to evaluate the overall level of political diversity as well as the coverage of some important topics and issues, such as the coverage of minorities and the national peace process. The overall objective of this initiative is to provide an impartial and comprehensive analysis of the media reporting and to facilitate discussion about its quality so that the citizens of Myanmar can make well-informed participation in the democratization process. The project is supported by the National Endowment for Democracy (NED). To date, MID and MEMO 98 have conducted two monitoring exercises since the newly elected government took office in April 2016. 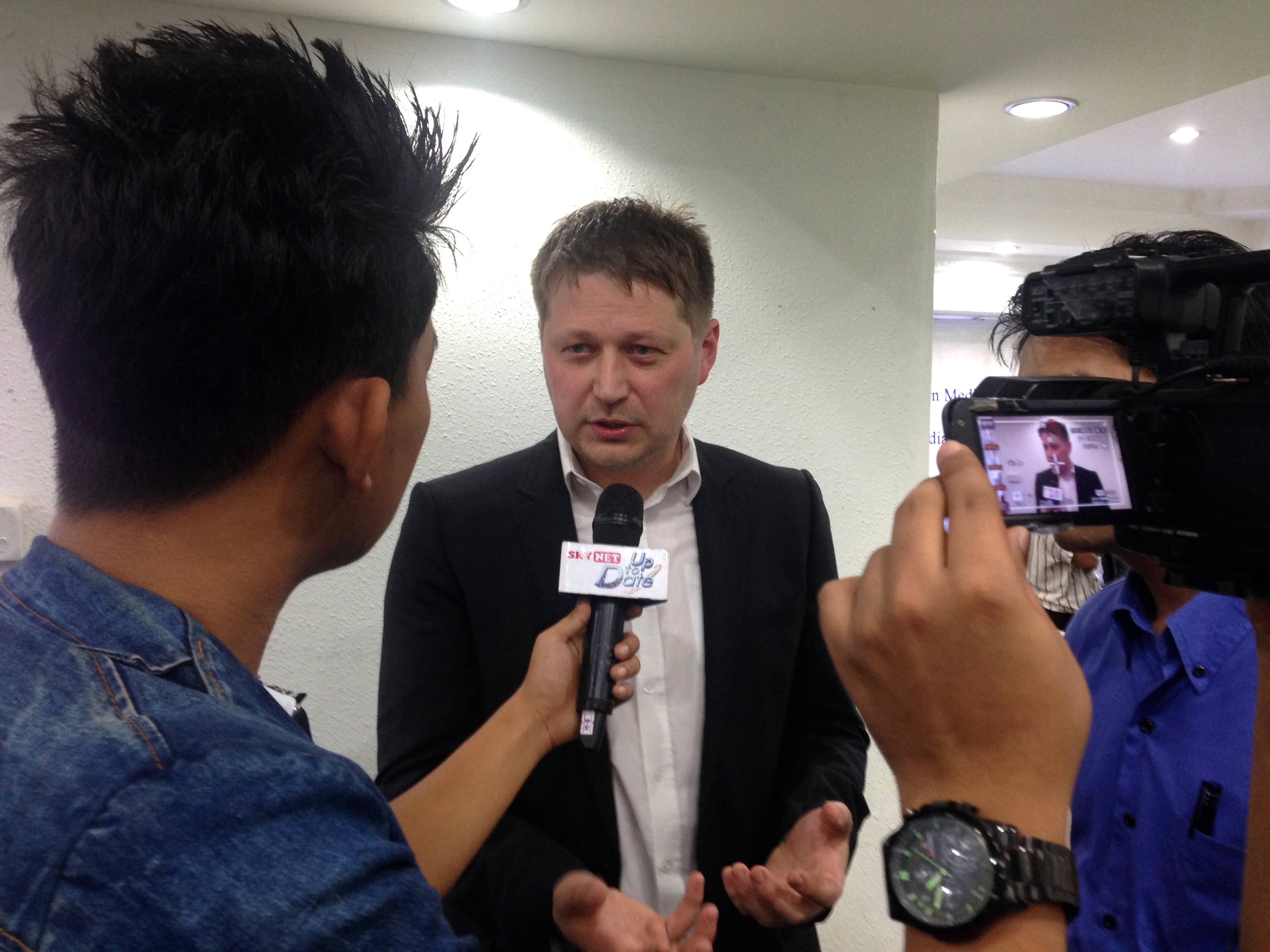 The monitoring findings of May 2016 indicated that the division between the state and private media was less visible than in the past, although the state TV channels MRTV and MWD offered biased and uncritical coverage of the incumbent NLD government as well as the Tatmadaw. Compared to state media, the private media offered a more pluralistic coverage, yet critical and analytical reporting was rare. Overall, the media focused primarily on the authorities, particularly the Government. While the President was not presented so prominently, a relatively large share of the coverage was dedicated to activities of the local governments. From among political parties, the NLD received the largest share of the coverage. With only a few exceptions, political parties, including the former ruling Union Solidarity and Development Party (USDP), received only a limited attention of the media. Except for MRTV and MWD, overall, the media coverage, including that offered by the state radio and newspaper, of political actors was primarily neutral. 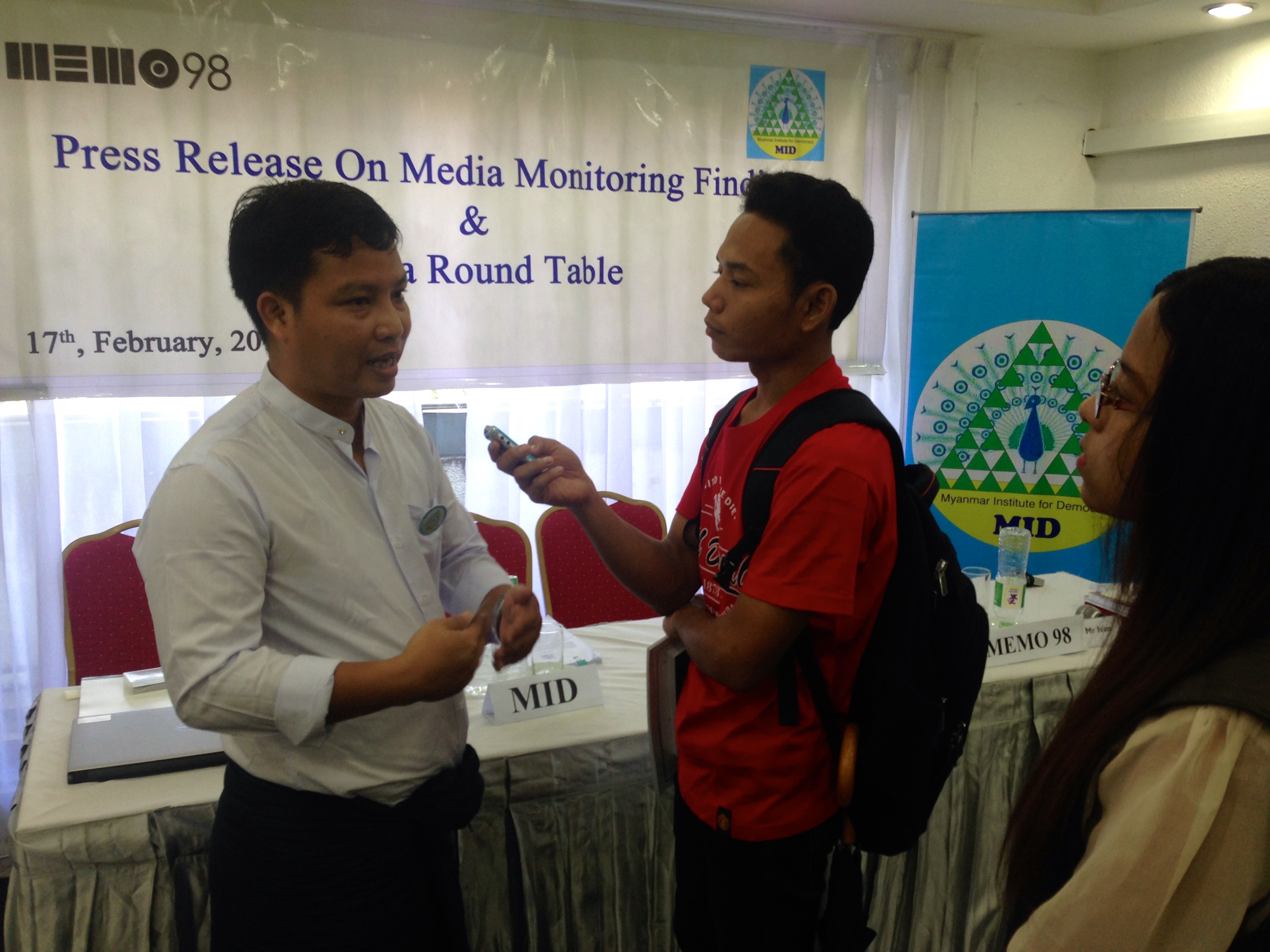 Between 15 August and 30 September 2016, the media continued to focus on the activities of state authorities and the ruling NLD. The government was by far the most presented subject. A substantial share of the coverage allocated to the government was devoted to the State Counsellor. The state-controlled TV channels MRTV and MWD continued to offer biased and uncritical coverage promoting either the government (MRTV) or the Tatmadaw (MWD). The state radio and the state newspaper Myanmar Ahlin also focused on the government but their support to them, in comparison with the state television, was less pronounced. Similar to the May monitoring period, private media offered a more diverse and balanced picture of developments in the country and unlike during the previous monitoring period also included some negative coverage of the government. At the same time, the State Counsellor was often portrayed in a very positive light and received the single largest share of the coverage in four out of seven private media outlets monitored.

The coverage of the state authorities by the state-funded television channels resembles the uncritical style of reporting from the previous periods when reporting about the former state administration. This approach reveals their lack of editorial freedoms as well as the lack of interest to serve the general public. There are however signs of the less submissive way of coverage of the authorities noted in some state media, a more critical tone of reporting about political actors and more diverse reporting on political developments identified in some private media. This trend could signal a shift in the role of the state media, from obedient servants to more mature watchdogs, and could be a sign of some ‘normalization’ of the media scene. The so-called honeymoon period when the media cut the new government a lot of slack in its first months of their tenure, identified in the first monitoring report in connection with relatively positive tone of coverage of the government, noted not only in the state but also in the private media, seems to slowly come to an end. MID and MEMO 98 will continue their media monitoring to provide regular feedback on the quality of Myanmar media reporting.