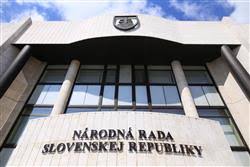 It is with the utmost concern that we have been observing political scramble surrounding two key documents devoted to a long-term vision of the foreign policy orientation and of the security of our country, namely the Security and Defense Strategy of the Slovak Republic.

These documents represent the cornerstones defining the values and security interests, which subsequently shall frame further concepts and documents determining the structure of the security and defense system of the state.

It has been 13 years that passed since 2005 when the National Council of Slovakia approved the most recent versions of both documents. It the meantime, the security environment that has direct implications for us has been dramatically transformed, primarily by the conflict in neighboring Ukraine. The Russian Federation has started it by the illegal annexation of Crimea and the conflict continues to this day, in the eastern part of the territory, and most recently also in the Sea of Azov. A vision of a peaceful solution has become a mirage and the conflict worsens the security environment of Slovakia and of the European Union.

Technological progress and information development, environmental and civilizational changes along with the domestic events taking place in politics and society confirm that the adoption of updated documents emphasizing Slovakia´s anchoring within the EU and stronger transatlantic partnership within NATO should be an absolute priority and the only alternative for anyone, who wholeheartedly supports safe and value-based positioning of the country and its citizens. Wherever Slovakia as a state proclaims it belongs shall thus define the future perspectives and opportunities of our younger generations.

We consider the proposals of both of our strategies drafted in 2017 as professionally prepared, well-written documents with genuine expert knowledge, and in line with similar documents of our allies and partners as well as in line with the EU Global Strategy and the 2010 NATO Strategic Concept.  The drafts of both strategies have already been approved by the Government of the Slovak Republic as well as the Security Council of Slovakia.

As it has been pointed out in the Security Strategy, „integration within the EU and NATO is an institutional expression of civilizational identity of the Slovak Republic, strengthening its foreign policy influence and supports its development in general.  The EU has become a realm of shared values and a way of life for Slovakia, and NATO its defense and security pillar.“

In October of 2017, the three top constitutional figures of Slovakia in their joint statement confirmed that „unequivocal continuity in pro-European and pro-Atlantic orientation is of strategic interest of the Slovak Republic. The European Union is for Slovakia and its citizens a realm of shared values and way of life, which has no alternative. For the security of our country, the strengthening of stability of the Euro-Atlantic area, strengthening of solidarity and unity of the EU and NATO are of the utmost importance.“

The long-term strategy of defense and security of our country cannot be a matter of political calculations, populist games or incompetent decision-making.

Therefore, we, the undersigned representatives of expert community, academia and civil society call on you, constitutional representatives, chairmen of parliamentary committees, members of the National Council of the Slovak Republic to follow a statesman-like approach, to adopt unequivocal support for political realm and values of the Western civilization, built on Judeo-Christian foundation, traditions of the Antique philosophy, Roman law, humanism and enlightenment, to end senseless partisan bickering in this regard, and first and foremost, to approve the existing proposals of the security and defense strategy of the Slovak Republic by the National Council of the Slovak Republic.

Jozef Bátora, Dept. of Politology, University of Comenius, Bratislava Martin Bútora, sociologist and  former Ambassador of Slovakia to the US