Our expert worked as a general rapporteur for the conference on “Role of Parliaments in Improving Media Independence and Pluralism of the Media” by the PACE Parliamentary Projects Support Division, in cooperation with the Sub-Committee on Media and Information Society, held in Budapest on 6 December 2017. This event was one of the final activities, bringing to a close the 2015-2017 PACE Joint Programme of the Partnership for Good Governance (PGG) for Armenia, Azerbaijan, Georgia, Republic of Moldova, Ukraine and Belarus, funded by the European Union and implemented by the Council of Europe. 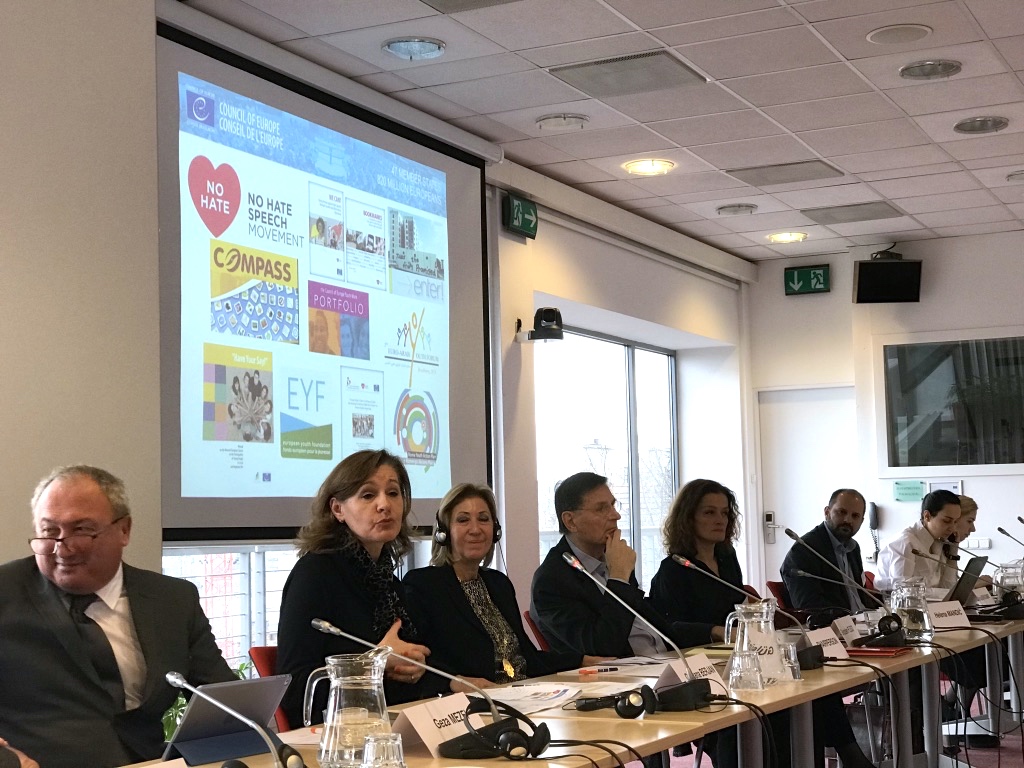 The CoE’s Sub-Committee on Media and Information Society met on this occasion and closely linked to relevant Council of Europe standards, it evaluated strategies for improving media freedom, independence, transparency, pluralism, and diversity.

Participants of the conference included national parliamentary delegations from Eastern Partnership states (Armenia, Azerbaijan, Belarus, Georgia, Republic of Moldova, Ukraine), Members of the Parliamentary Assembly of the Council of Europe, in particular of the Committee on Culture, Science, Education and Media and its Sub-Committee on Media and Information Society, representatives of media regulators and public service broadcasters and representatives of media outlets and media freedom NGOs. There were three thematic sessions, the first one devoted to legal standards for media transparency and pluralism, the second one to regulating independence and pluralism of audio-visual media and the third one to the institutional and editorial independence of public service broadcasting.

For more information on the conference, you can also visit the PACE website