International media coverage of “fake news” in the 2016 U.S. presidential election has dramatically increased international attention on the role of digital disinformation in elections. While attention has focused on the influence of Russia’s propaganda efforts in the United States and Europe, the problem is, in fact, much broader. Digital disinformation is a global challenge that will require new coalitions, tools, and strategies to address. 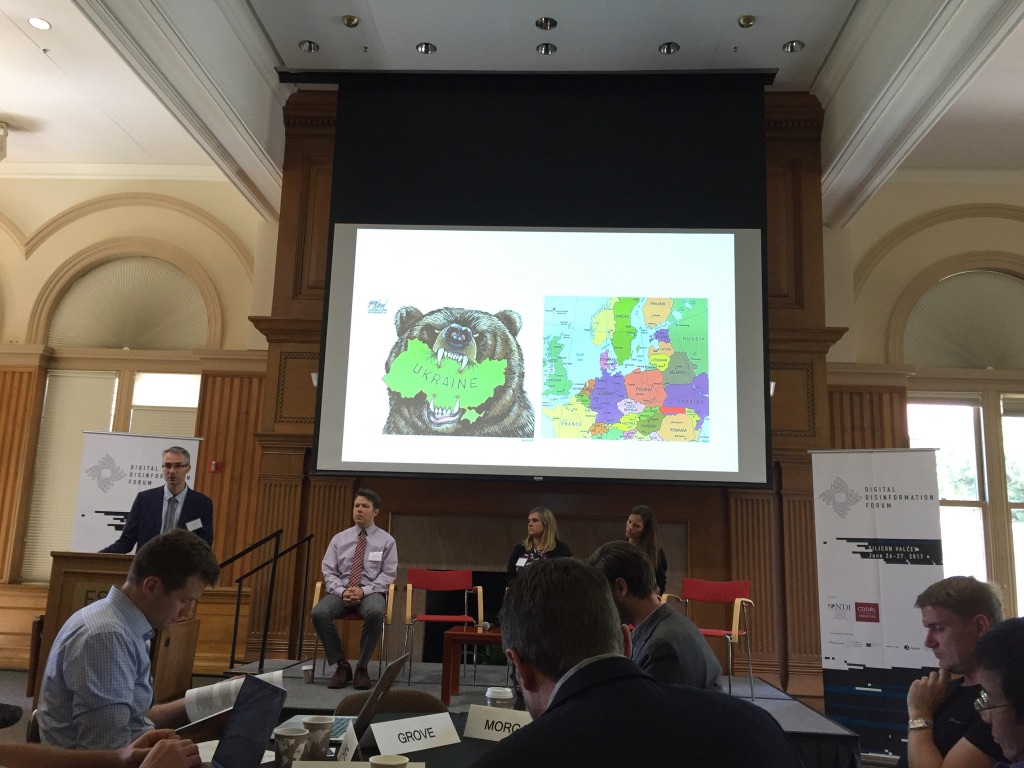 As reliance on social media and the Internet for news and information has risen, political discourse has rapidly moved online. However, in most countries, the ability to engage in free and meaningful speech online is under threat. Moreover, as authoritarian governments face increased pressure from an “Internet public,” many are incorporating new online repression tactics to erode democratic dialogue and broader support for democracy around the globe. Authoritarian regimes around the world are engaged in a long-term and well-resourced program of undermining the democratic rights of citizens online by polluting online democratic discourse through disinformation and distributed denial of democracy (DDoD) attacks. Lessons learned from their own countries and from developing democracies are increasingly being applied by authoritarian regimes to consolidated democracies with the intent to disrupt democratic institutions and to reduce the appeal of the democratic model. Digital disinformation reduces the utility of the Internet and social media for genuine democratic discourse. Governments have already begun to develop more advanced technologies and computerized propaganda techniques using artificial intelligence and algorithms that can write and distribute disinformation at an alarming rate.

Ad-hoc discussions and interventions have been initiated by media and technology companies to address these challenges, but there has been little continuous dialogue with and among political stakeholders, researchers, media and technology companies to discuss how to preserve democratic dialogue online. In response, the National Democratic Institute for International Affairs and the Center on Democracy, Development and the Rule of Law at Stanford University as part of the Disinformation at Stanford University held a two-day conference that took place from 26 till 27 June 2017 at Stanford University (www.disinfoweek.org). The event convened representatives from media and technology companies, political leaders, activists, philanthropists, and researchers. 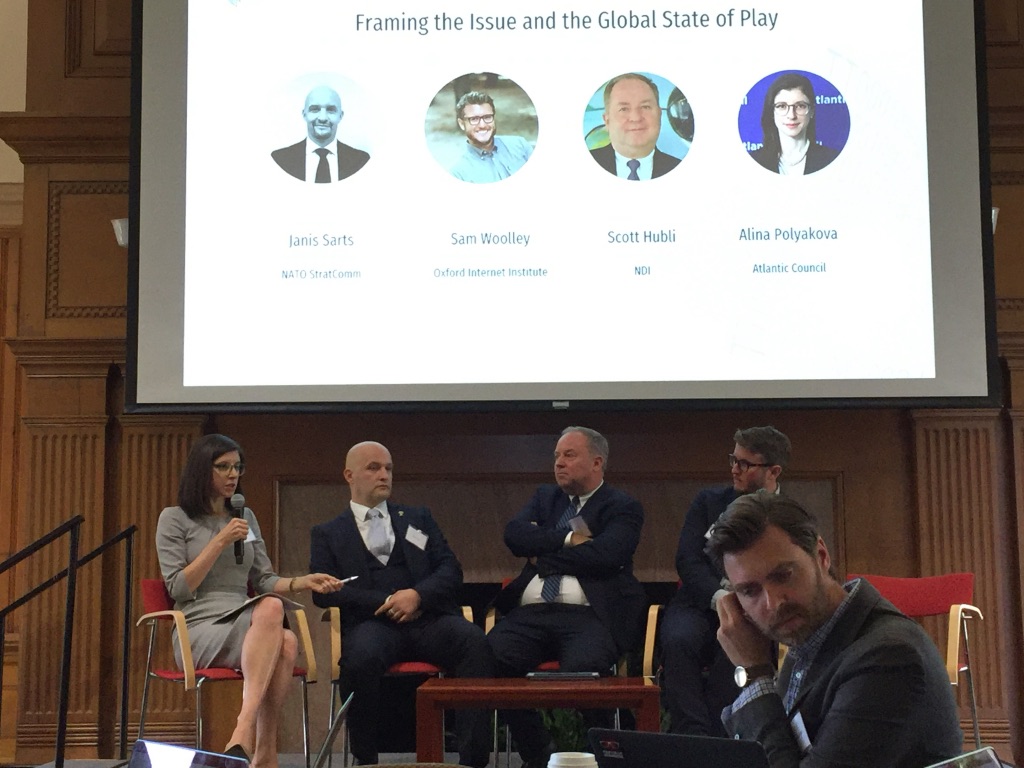 The main objectives of the forum were to network senior actors across politics, technology, academia, media, philanthropy, and activism to strengthen information integrity, particularly in the context of elections; to enable these actors to share the latest knowledge in the community regarding successful coalitions, tools and solutions for addressing the spread and consumption of digital disinformation and to ensure the success of these goals, we've built a rigorous agenda with opportunities for interactive, collaborative discussion.

Joined by Steve Grove, the director of Google News Lab, Raisa Wickrematunge, the co-editor of Groundviews of the Centre for Policy Alternatives and Patience Zirima, the director of Media Monitors Zimbabwe, Rasťo Kužel of MEMO 98 discussed the media efforts to build resilience to disinformation. More specifically, the panel focused on how can political leaders and institutions better collaborate with media organizations and content publishers in their countries to curb disinformation and support media literacy and how to promote collaboration between the tech industry and international publishers and building more resilient online media ecosystems globally and particularly in the developing world. The panel was moderated by Mark Nelson, the Director of Center for International Media Assistance. 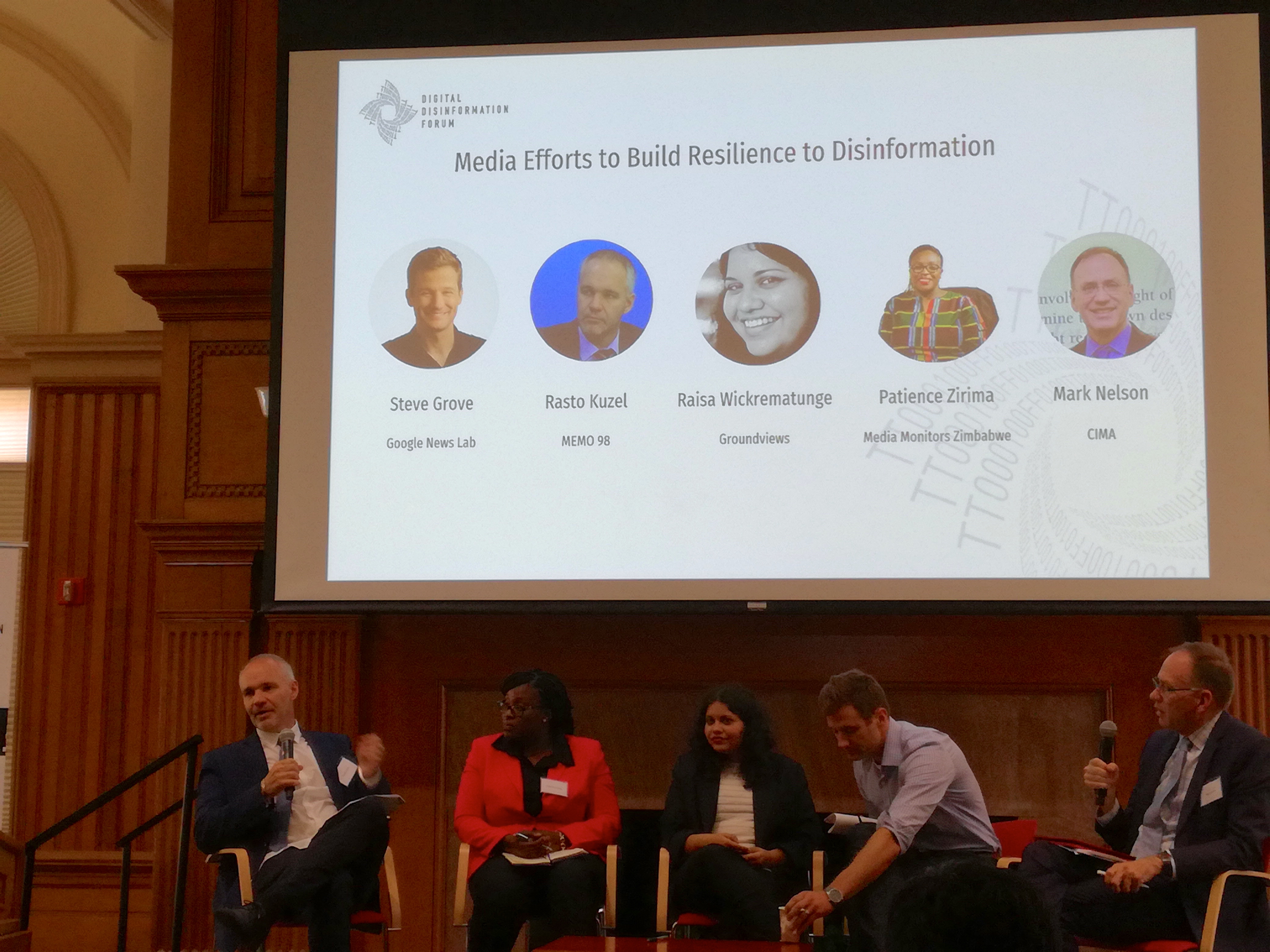 Joined by Julia Brothers, the Senior Election Program Manager at National Democratic Institute and Margo Gontar, the Co-Founder of StopFake, the MEMO expert also facilitated a breakout session on how to define disinformation in the electoral context, what tools currently exist to monitor it and how the disinformation varies from country to country as well as what standards to apply in tackling it. For more information and agenda, please see also https://www.disinforum.org/agenda/