Election Observation and Democracy Support (EODS) is the capacity-building project for EU Election Observation, funded by the European Commission. The current EODS III project is implemented by a consortium led by GIZ, which includes Democracy Reporting International (DRI) and MEMO 98 as partner organisations. We focus on:

With the objective of supporting and strengthening the EU’s election-related efforts, the first Network for Enhanced Electoral and Democracy Support (NEEDS) project was launched in 2002, followed by NEEDS II and NEEDS III, the latter finishing at the end of 2012. The program was continued under a new name, ‘Election Observation and Democratic Support (EODS)’ from 2013 - 2016, through a Consortium led by Deutsche Gesellschaft für Internationale Zusammenarbeit (GIZ). EODS II was implemented through a Consortium led by IBF International Consulting from 2017-2020. For more information, also visit the EODS website. 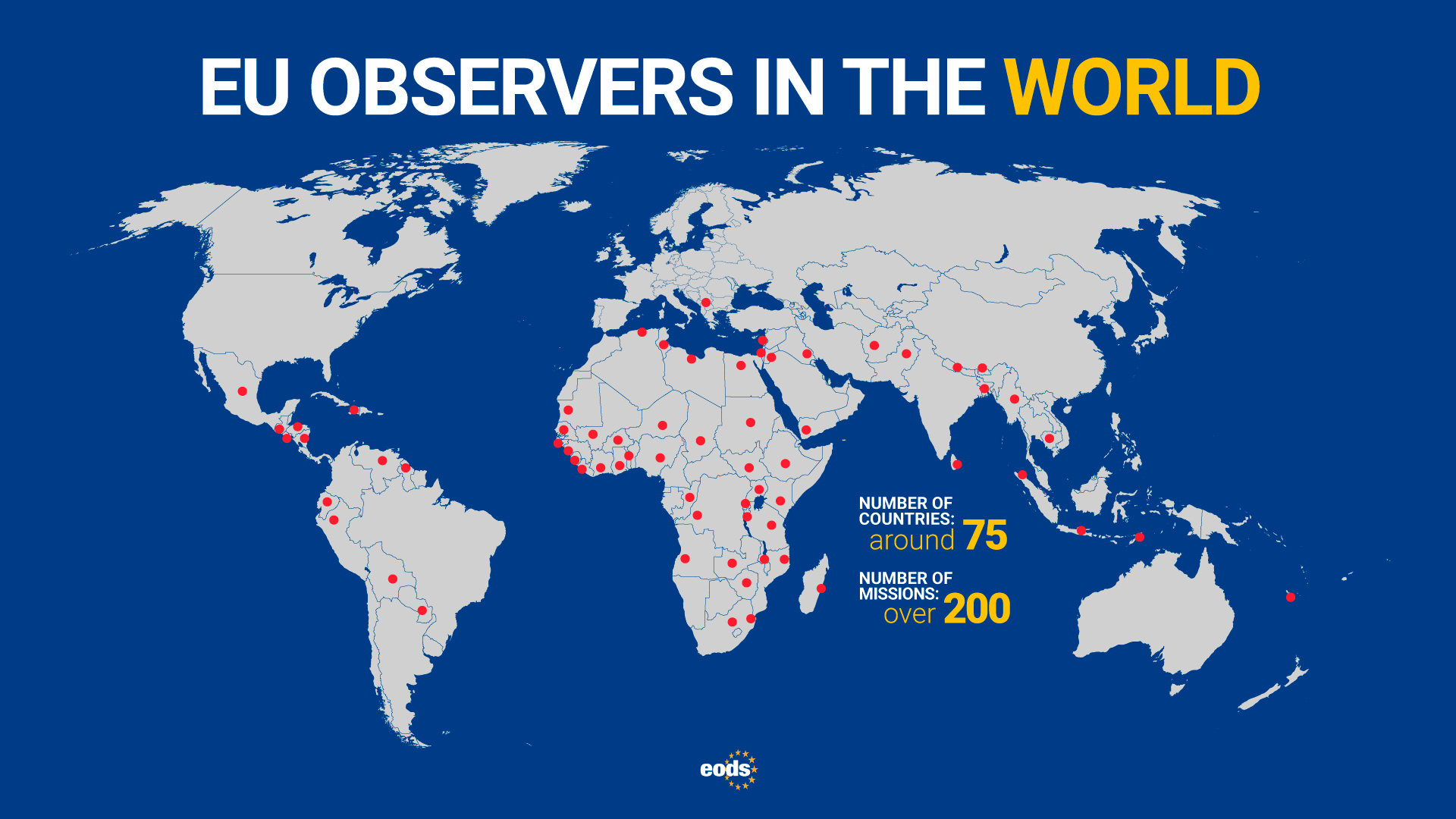