Between 1 – 24 November 2019, Global Focus Center, in cooperation with MEMO 98, monitored 102 public Facebook accounts of political parties, candidates, politicians, media, and other in{uential actors involved in the presidential election. The main goal of the monitoring was to evaluate the importance of Facebook as a means of communication during elections and the potential impact of the messages disseminated through this social media network on election integrity. Moreover, the monitoring tried to evaluate what topics and narratives were presented by politicians, political parties, media, and in{uencers on their public Facebook accounts in the run-up to the elections and what level of engagement (comments, shares, and reactions, see also the section on methodology) they generated.

The monitoring was conducted in the framework of a project coordinated by Democracy Reporting International and MEMO 98, and funded by Civitates. The project seeks to significantly step up a real-time understanding of social media dynamics by providing a toolkit for social media monitoring during elections, which is to be offered to observer organizations across the EU and beyond. The project builds on the methodology that DRI, MEMO98, and other experts developed in the context of Supporting Democracy, an EU project.

The toolkit will be based on this methodology. It will provide tools and up-to-date information to help observers monitor the in{uence of social media during elections, providing the basis for responsive advocacy (such as intervention with experts) and long-term advocacy for better regulation. Apart from Romania, the social media monitoring methodology has been tested in Austria, Portugal, Croatia, Poland, and Slovakia.

Facebook (FB) was actively used by virtually all monitored stakeholders. Almost all political candidates registered for this election used official FB accounts in the course of the campaign.

During November 1-24, 2019, we analyzed 14, 575 posts uploaded on 102 FB accounts by presidential candidates (14 accounts), accounts owned by political parties (49 accounts on the national and local level), and 39 accounts by journalists, in{uencers, and media outlets.

Monitoring showed that candidates, political parties, media outlets, and in{uencers used Facebook intensively during the monitored period in the electoral campaign for the presidential election in November 2019.

With a single exception, all presidential candidates used their accounts more or less daily to update voters on their campaign events and to mobilize them to participate in the polls. Posts that encouraged the electorate to exercise their right to vote received the most engagement from the audiences.

Attacks on opponents or their respective political factions by candidates and parties supporting them was the second most used narrative generating the second highest engagement.

We did not reveal any use of disinformation on the official FB accounts of the presidential candidates. At the same time, disinformation was among the main topics discussed during elections on posts by monitored media, in{uencers and political parties.

FB accounts of local branches of some political parties distributed disinformation to discredit opponents creating confusion and adding to the already existing polarisation among voters.

We measured how present the topic of disinformation was on Facebook in the context of the presidential election and we could pinpoint the incidents that brought the topic into the discussion on Facebook.

Disinformation was also discussed as a topic on social media networks by monitored media and in{uencers especially during the second round of the elections. This can be interpreted as an interest of the public as well as the politicians and the media in the topic, but also, as seen further in the report, that attempts at spreading disinformation were detected by some of the stakeholders we monitored.

Monitoring also showed that “fake news” and “disinformation” have been used by some candidates and political parties in their narratives to discredit sources that criticized them.

Findings in the graphic form 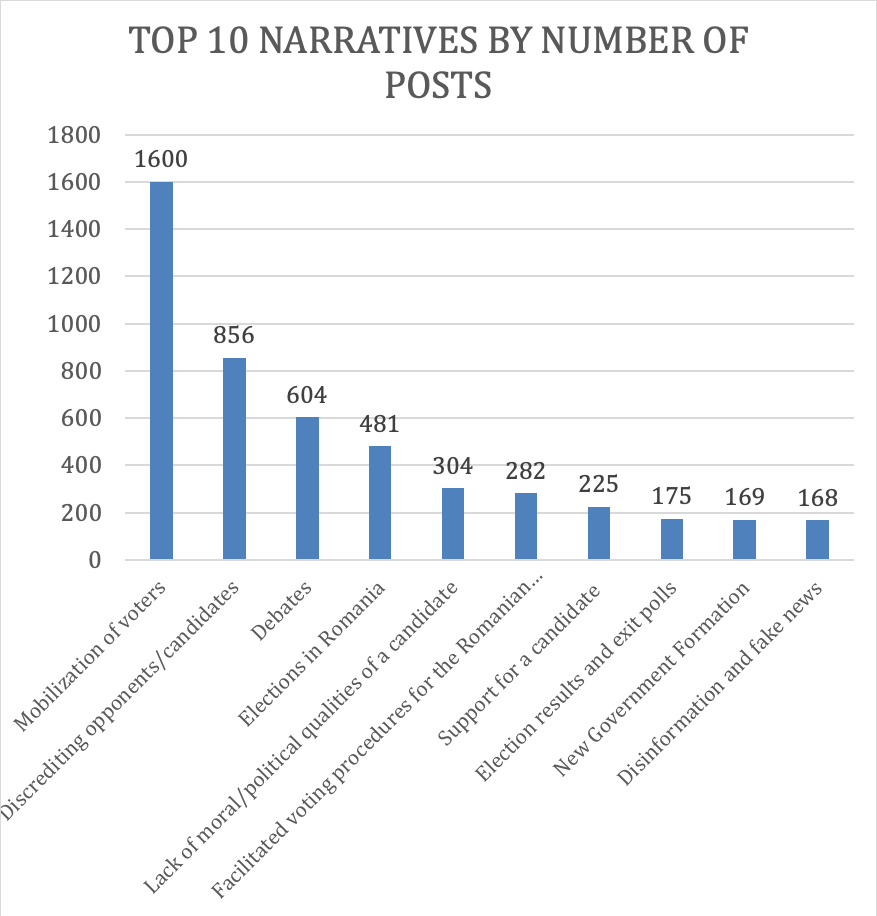 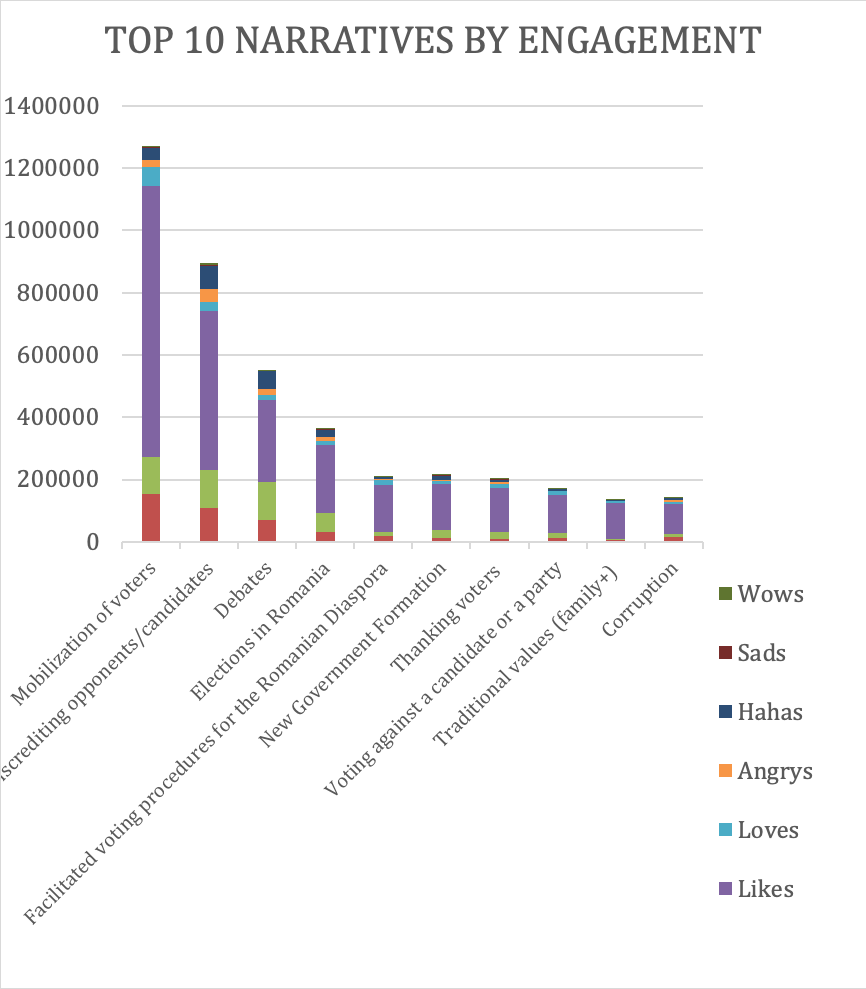 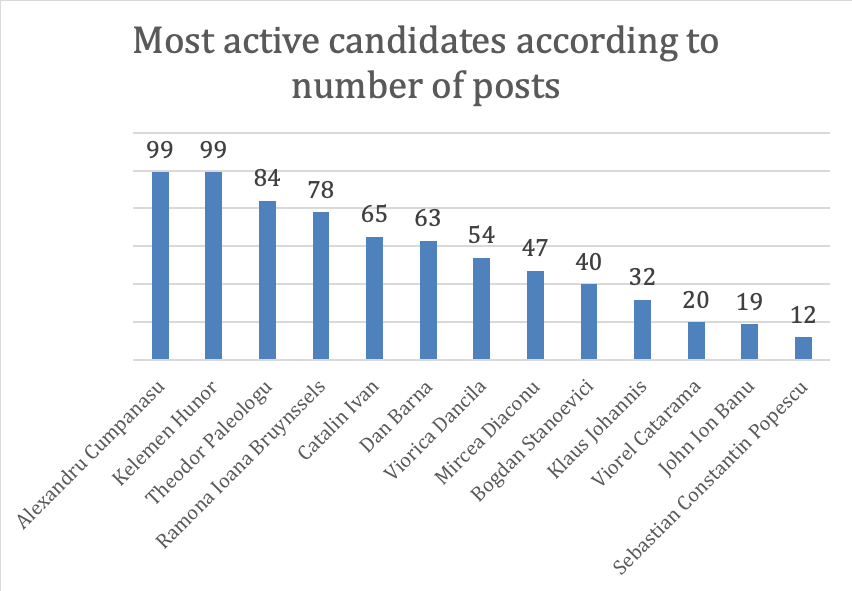 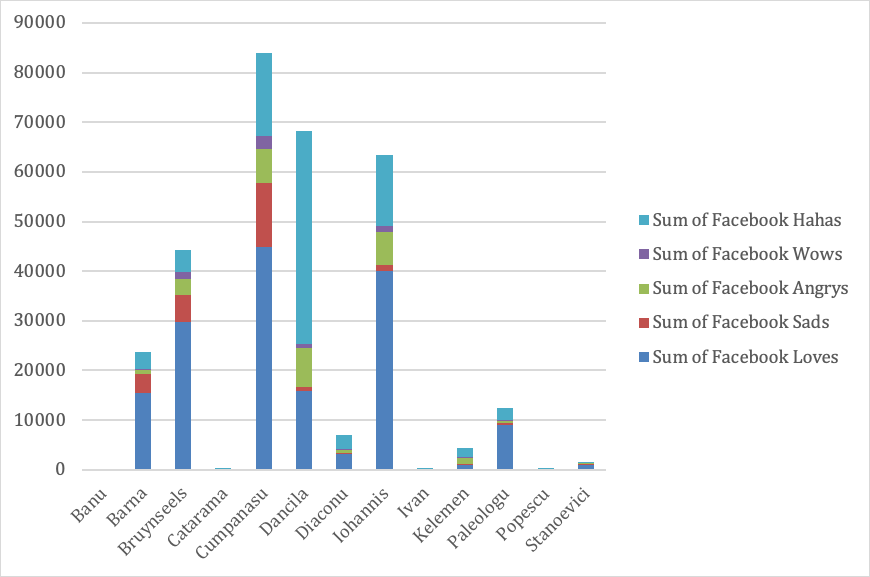 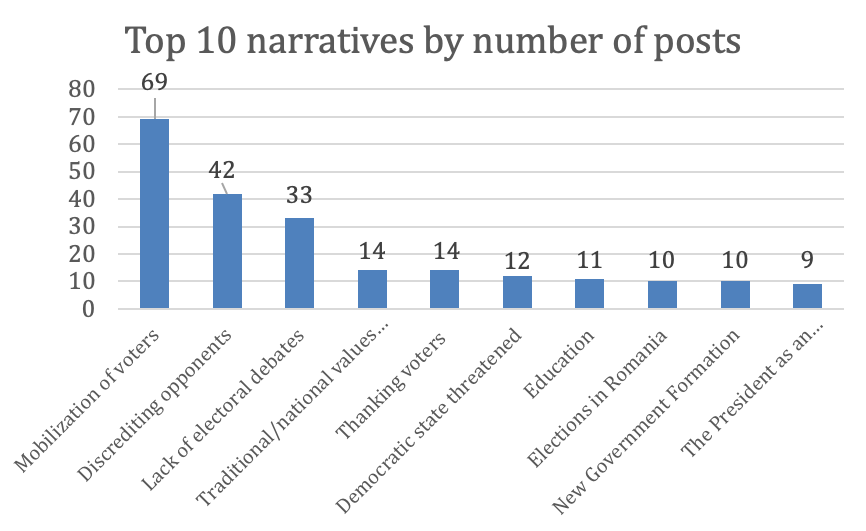 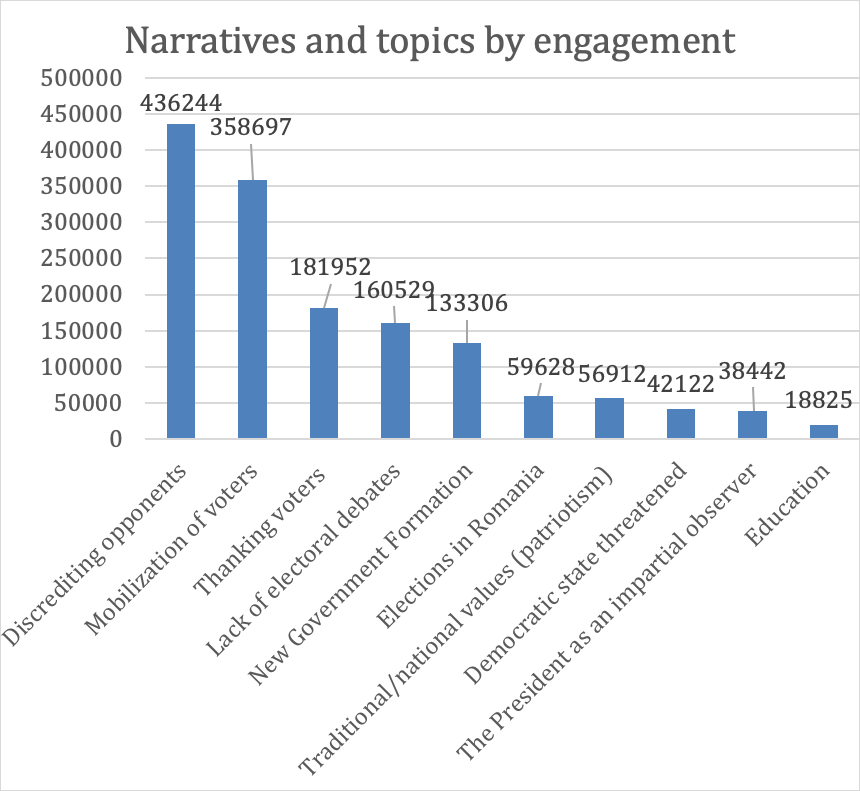