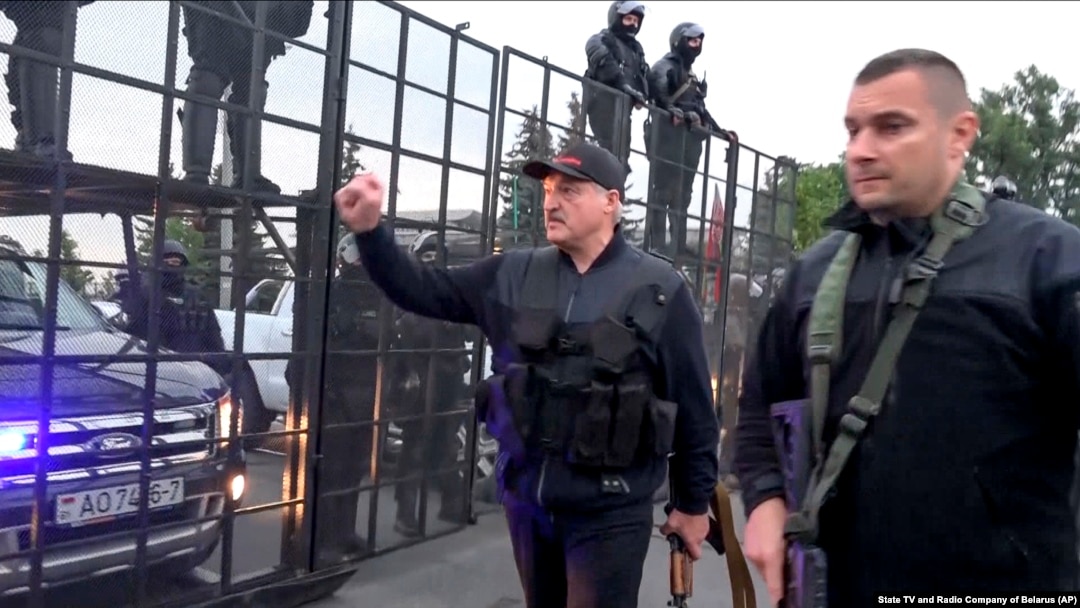 The main goal of our joint monitoring with the Belarusian Association of Journalists (BAJ) was to see how the regime’s propaganda has changed following the manipulated presidential election in 2020. While before the elections, Lukashenka relied on old-style Soviet methods of propaganda in the form of state television, which, as in previous elections, portrayed him as a hard-working "father" of the nation, who had no time for election campaigning because he had to work hard for the everyday needs of citizens. The regime understood (also thanks to Russian advisors) that they underestimated the power of the Internet and social media networks.

As such, we were interested to see how this change is reflected in the Belarusian information ecosystem and to analyze the actual content of propaganda’s disinformation narratives. What we saw can be in short summarized in one sentence: the “hard-working father of the nation” has changed into a radical and Putin’s very close ally.

We identified a total of 5,100 instances of propaganda narratives within five different types of media during 63 days of the monitoring, which equated on average to 80 narratives per day. There were 1,902 instances of such narratives on the monitored television channels, 1,551 on Facebook, 1,071 in Sputnik Belarus, 513 on Telegram, and 63 on Instagram. The fact that the narratives appeared on Facebook, Telegram, and Instagram confirmed that the regime has been using these networks to disseminate its propaganda and amplify its outreach. 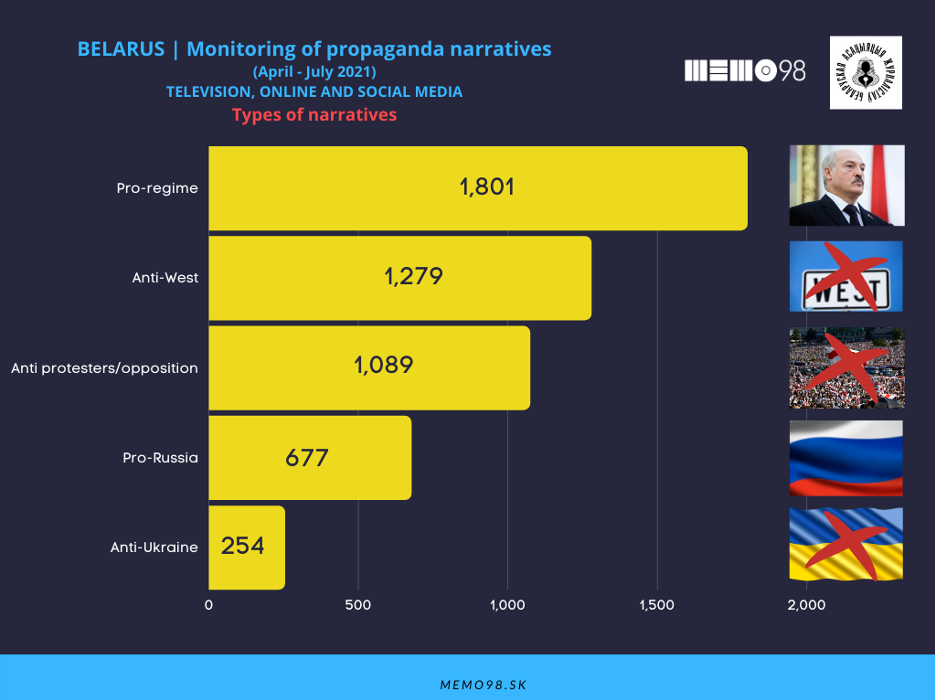 We divided the narratives into five different categories: pro-regime, anti-West, anti-protesters/opposition, pro-Russia, and anti-Ukraine. The biggest number of narratives were observed in the pro-regime category (1,801), followed by anti-West (1,279), anti-protesters/opposition (1,089), pro-Russia (677), and anti-Ukraine (254).

The tone of propaganda narratives became very negative, stigmatizing and dehumanizing opponents, justifying the strong repression against protestors and inciting hatred. The radicalized vocabulary has also been used against the West, with the United States, the EU, and NATO countries portrayed as an external enemy, allegedly threatening the country's independence and territorial integrity. 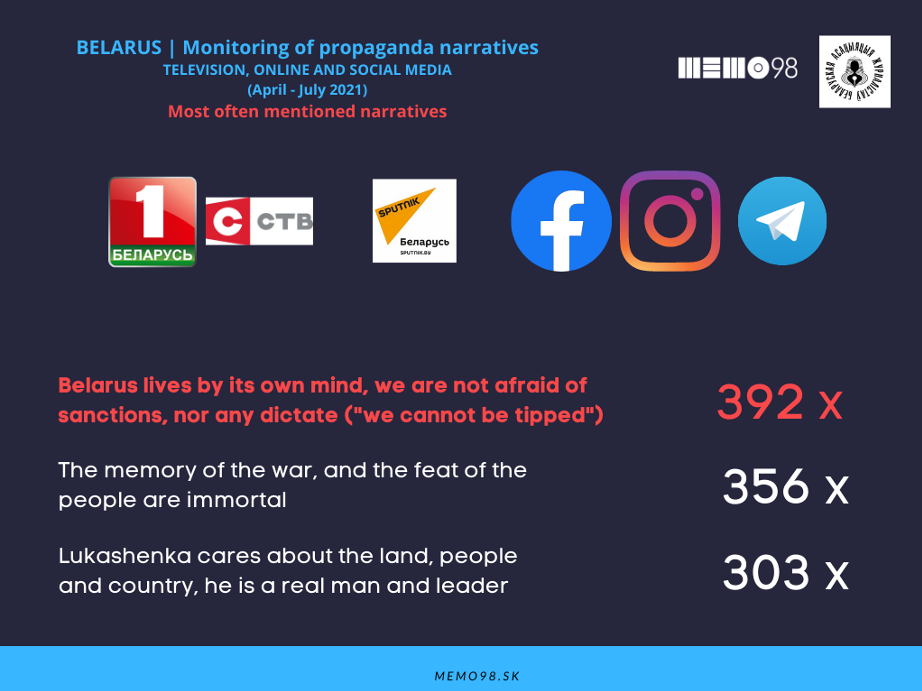 Our monitoring noted a considerable shift when it comes to Russia. While before the election, Lukashenka accused Russia of influencing the outcome of the polls and even demonstratively expelled the Russian soldiers from the “Wagner Group” (paid mercenaries), who, according to him, had been sent to Belarus to overthrow the government. After the election, the anti-Russian narratives were replaced by messages celebrating Slavic joint roots and the support for integration with Russia.

The monitoring also showed that Telegram and other social media have gradually become part of state propaganda. Although state television still has the widest nationwide outreach, social media networks have been used to amplify the propaganda narratives, which is visible from our monitoring. This and much more information is available in the present report. Together with BAJ will continue monitoring activities in Belarus to document how the regime uses propaganda to influence public opinion.

To find out more on which types of narratives are used across different platforms, please read the full report here by-final-report

This final report is a result of a monitoring project implemented by BAJ and MEMO 98, in collaboration with and through financial support from the International Foundation for Electoral Systems (IFES).