Welcome to the 12th edition of our regular weekly newsletter, where you will find an overview of pro-Kremlin narratives about the war in Ukraine. Our newsletters offer a unique insight into two different worlds – the world of Russian state media and how they interpret the ongoing “special military operation” in Ukraine and the world of facts as reported by independent media.

If you like our newsletter, Media Insights – War on Ukraine, and wish to be regularly updated, please subscribe here.  You can find all the previous issues on our website. The current edition offers these narratives, topics, and events:

From 25 to 31 July, the monitored media reported on:

Quotes of the Week


"We are countering Putin’s attempt to unsettle us with European solidarity and unity — that is of enormous importance," German Vice Chancellor Robert Habeck said of the gas-rationing accord. He called the agreement "a strong signal to Putin’s Russia: Europe will not be divided or blackmailed." (30 July, Politico)

Photos of the Week 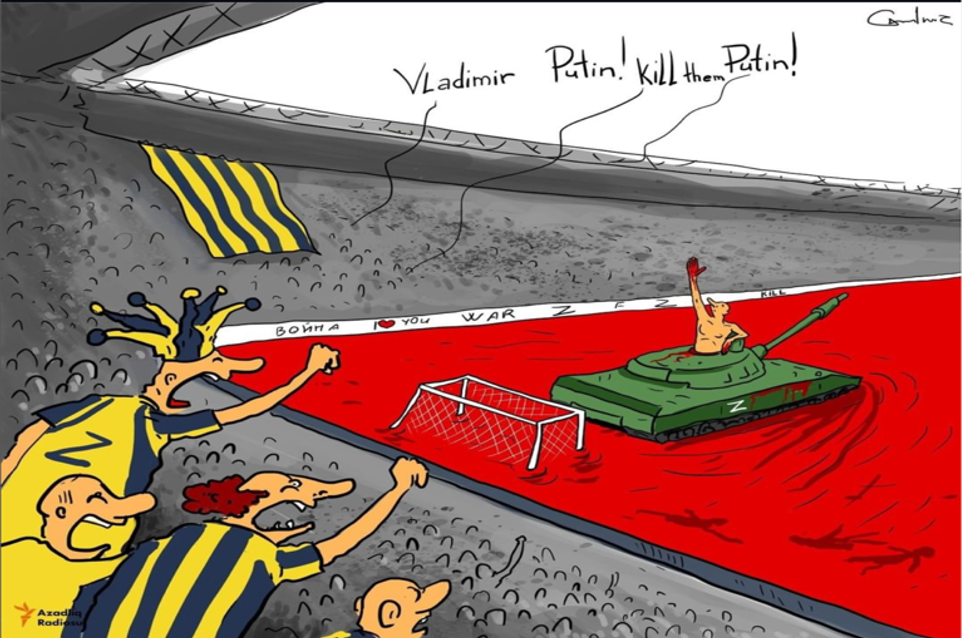 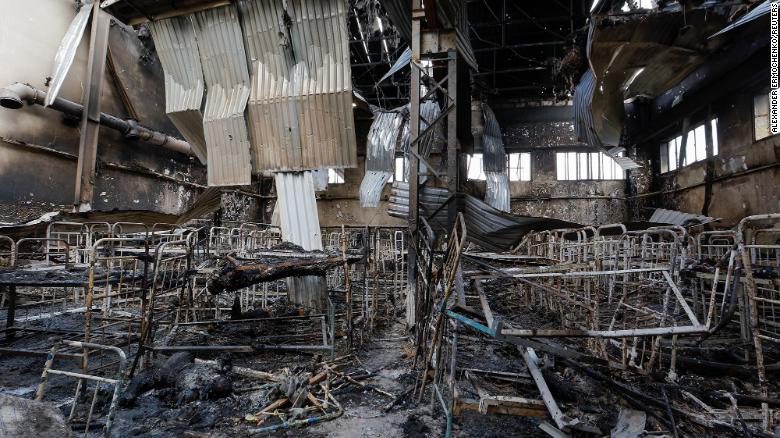 The inside of a pre-trail detention center in the separatist-controlled settlement of Olenivka, Donbas region.
(29 July, CNN, photo by Alexander Ermochenko, Reuters) 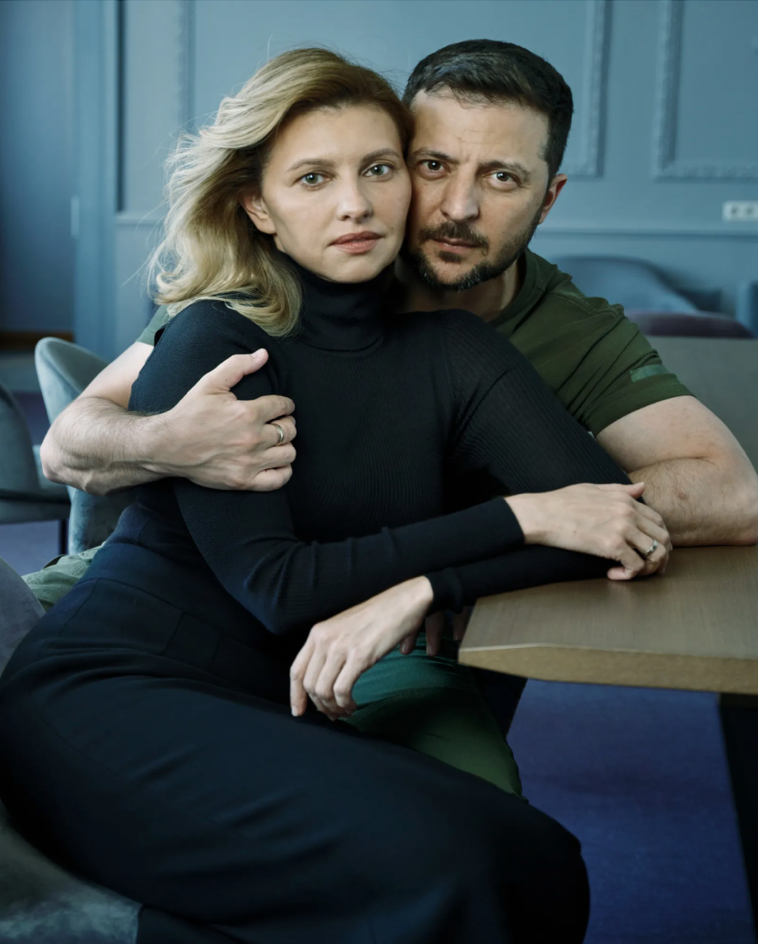 The Russian attack on war prisoners in Olenivka, Donbas

Russian state media accused Ukraine of attacking a pre-detention facility (allegedly with NATO’s shipped HIMARS), while independent media covered both sides of the story. As reported by the Russian media, Kyiv knew that there were Ukrainian prisoners in Olenivka (Yelenovka in Russian) in the Donetsk People’s Republic (DNR), Eduard Basurin, deputy head of the DNR People’s Militia, told reporters. According to the DNR territorial defense headquarters, the number of deaths due to a strike by Ukrainian troops on Olenivka, where Ukrainian prisoners of war are being held, has risen to 53. According to the Russian Defense Ministry, the strike on the prison was carried out from a US-made HIMARS multiple rocket launcher system. (29 July, RIA Novosti)

Both Russia and Ukraine say dozens of Ukrainian prisoners of war were killed, but at this stage, it remains unclear what exactly happened. Russia claims the prison was hit by Ukrainian rockets supplied by the U.S. and that eight of its prison staff were injured. Ukraine tells a different story: that the prison was destroyed by Russia to destroy evidence of torturing prisoners of war. It says the footage was not the aftermath of a strike but rather arson following a mass murder (29 July, BBC). U.S. Secretary of State Antony Blinken expressed his condolences over the deaths in a phone call on 29 July with Ukrainian Foreign Minister Dmytro Kuleba, saying that “the U.S. is committed to holding Russia accountable for atrocities committed by its forces against the people of Ukraine." The E.U. high representative Josep Borrell condemned in "the strongest terms the atrocities committed by the Russian armed forces and their proxies." (31 July, RFE/RL)

Reporting on the match between Fenerbahce Istanbul and Dynamo Kyiv, during which some Fenerbahce fans chanted in Putin’s honor, Russian media focused on those who supported these fans, such as citing some readers of the Turkish newspaper En Son Haber "It was right to chant. These Europeans are hypocrites. If they take Dynamo Kyiv to the next round in an attempt to ingratiate themselves with Ukraine, they get such a response, like a slap in the face. Because they will have to deal with Putin," said one reader. "These thugs-Kyivans deserve much worse. They thought they could do anything! So we fully support Russia. We don't care about Kyiv or the Ukrainians," a second commenter supported him. (29 July, RIA Novosti Sport)

Independent media reported that the European football governing body (UEFA) had launched a disciplinary investigation against Fenerbahce after some supporters of the Turkish club chanted Vladimir Putin’s name during a Champions League qualifier match against Dynamo Kyiv on Wednesday evening. (28 July, The Guardian). Thousands of Fenerbahce supporters joined in the chant after their team conceded a goal to Ukrainian champions Dynamo Kyiv. Ukrainian Ambassador Vasyl Bodnar said the incident had "saddened" him deeply. Dynamo Kyiv won the match 2-1, having tied 0-0 in the first leg played in Poland because of Russia's invasion. "We will never understand the words of support for the Russian killer and aggressor who deliberately kills Ukrainians and destroys our country," Mr. Bodnar wrote on Facebook. "Even football, which is so loved in Turkey, has its limits." (29 July, BBC) 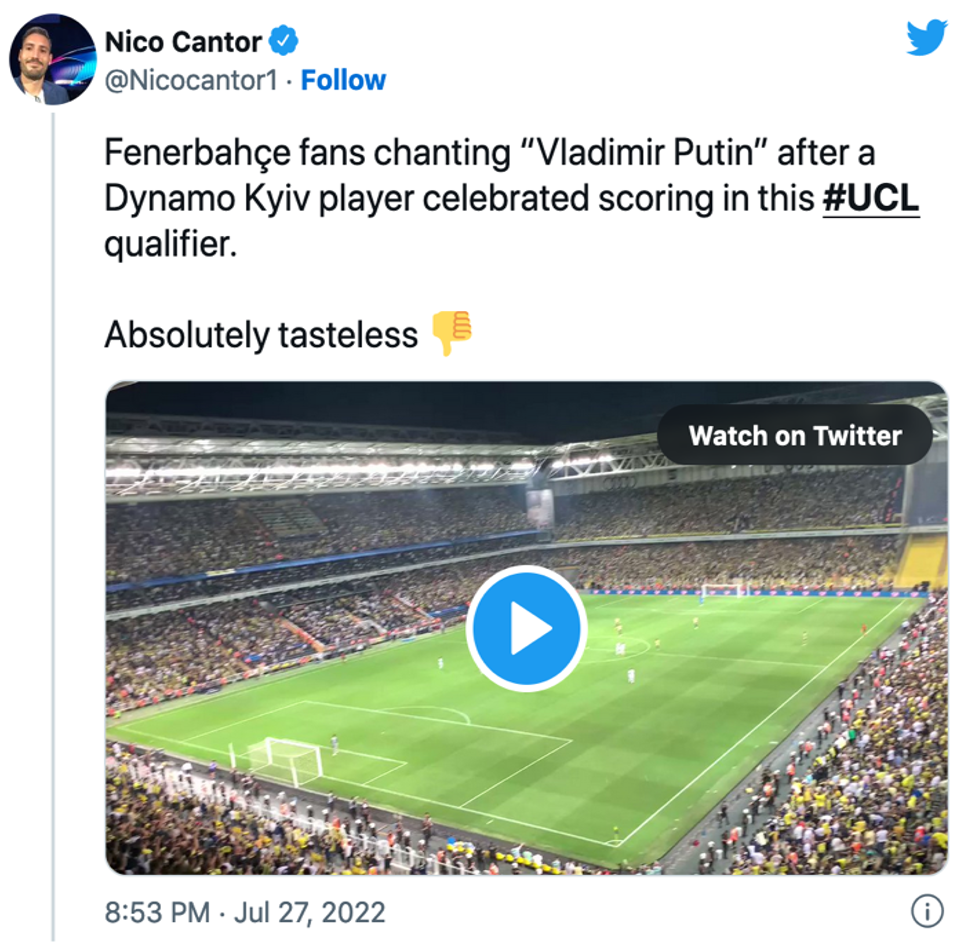 “Today, Gazprom has stopped gas supplies to Latvia as part of the July order due to violation of the conditions of gas withdrawal," the company said in a statement published on its Telegram channel. After the start of Russia's military special operation to demilitarize and denationalize Ukraine, the West increased sanctions pressure on Moscow. The European Union has already adopted seven packages of restrictive measures, including coal and oil embargoes. The Kremlin called it an economic war, never seen before, and took retaliatory measures.  (30 July, RIA Novosti)

Russian energy giant Gazprom Saturday suspended gas supplies to Latvia following tensions between Moscow and the West over the conflict in Ukraine and sweeping European and U.S. sanctions against Russia. The declaration came a day after Moscow and Kyiv accused each other of bombing a jail holding Ukrainian prisoners of war in Russian-held territory, with Ukrainian President Volodymyr Zelensky saying more than 50 were killed and calling the attack a war crime. (30 July, France 24). "We are countering Putin’s attempt to unsettle us with European solidarity and unity — that is of enormous importance," German Vice Chancellor Robert Habeck said of the gas-rationing accord. He called the agreement "a strong signal to Putin’s Russia: Europe will not be divided or blackmailed." (30 July, Politico)

Russian media presented a photoshoot as a big mistake that would withdraw Western partners' support from Kyiv, while foreign media took a much more moderate stance.

"Instead of holding peace talks that could help stop the conflict that the citizens of Ukraine are suffering from, Zelensky is trying to escalate the Russia-Ukraine crisis by dragging the West into a direct confrontation with Russia, a nuclear power. He enjoys the sympathy of the international community and arranges photo shoots in Vogue while his people suffer," RIA Novosti cites The Federalist. (29 July, RIA Novosti)

Washington Post published an opinion saying that it’s hard to imagine a more foolish reason to reject support for Ukraine than the fact that the nation’s desperate leader, Volodymyr Zelensky, was photographed by Annie Leibovitz for Vogue. The article says: “And yet, the internet being the internet, this is what happened. Apparently, taking time for a portrait session in between combating brutal Russian efforts to dismember his country and destroy its people is an argument for wrapping up American support for the Ukrainian war effort. Let’s get real: Zelensky is meeting with Western celebrities and appearing in celebrity-focused magazines because that is the only way to keep the crisis in his country at the forefront of the American public’s mind. That’s because if the American public is not presented with a celebrity or an influencer or a model of some renown in conjunction with a story, it is likely to stop paying attention. We have remarkably poor attention spans. And, honestly, the news out of Ukraine is a little stale. The plot has gone on a hair too long. Needed some second-act trims, really: You can’t expect us to care about yet another Russian atrocity, can you? Felt like the whole thing was treading water there for a while. What is this, a Netflix show? Cut the bloat. That’s the cold, calculated truth. Without support from the West, Ukraine will fall; its borders will be redistributed at the whim of a Russian tyrant, and its people will suffer horrors they’ve not seen since the height of the Holodomor when the Soviet Union embarked on a campaign of forced starvation in Ukraine.” (28 July, The WP)

Russians Against the War

In April, B-2 canceled their concert in Omsk: according to them, this happened because the organizers dismantled the band's decorations, which covered the "banner from the previous event ."At the same time, the first deputy minister for youth, physical culture, and sports of the Omsk region, Ivan Kolesnik, explained the cancellation of the concert to the fact that the B-2s refused to perform under a banner with the image of the Russian flag and the inscription "Za Presidenta/In support of the president."(29 July, RBC.ru) 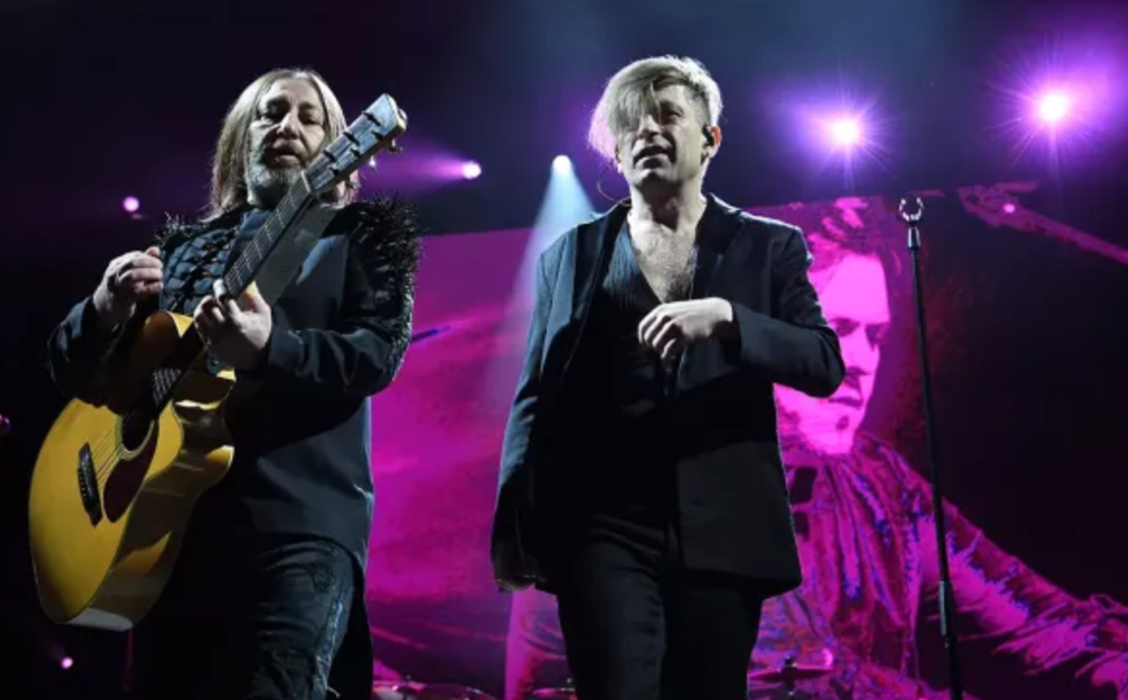 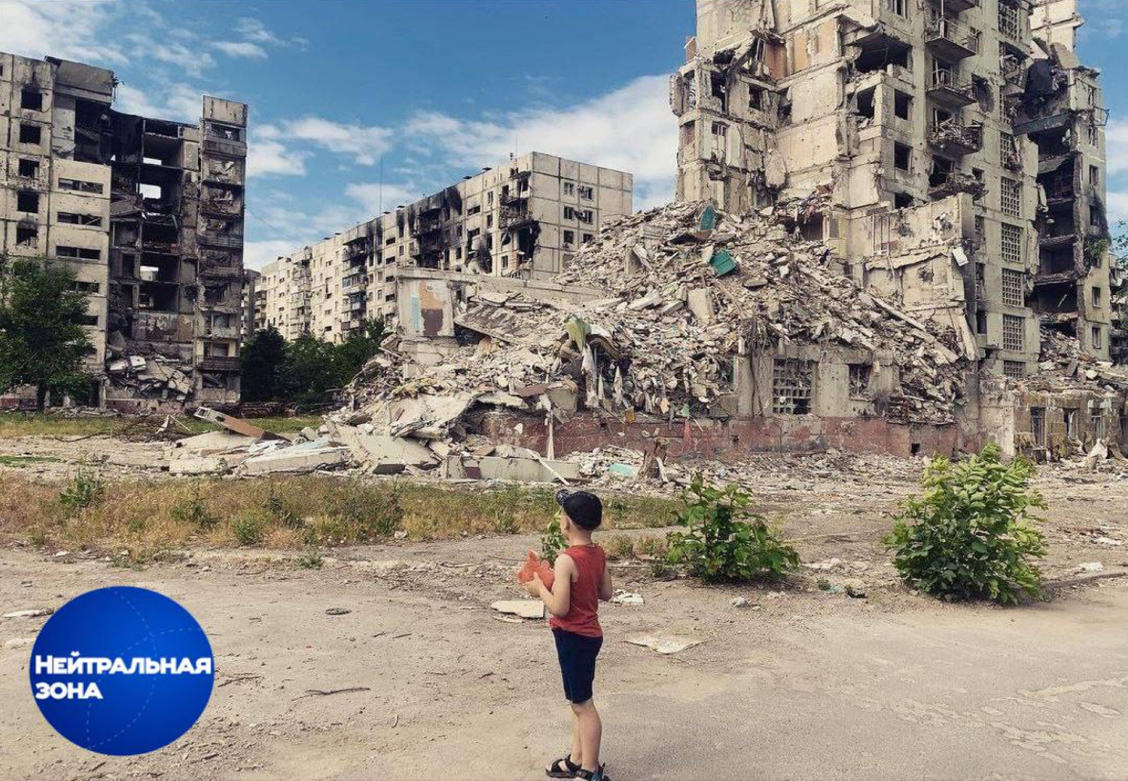 Podcast of the Week

With military circles abuzz that Ukraine might be preparing to launch a counter-offensive against Russian-held Kherson, Michael Kofman of CNA's Russia team helps us parse the facts. What has been happening on the battlefield since our last episode? How are the two forces faring as they struggle with various problems in mobilizing manpower and equipment to the front? What are the four means by which Russia is trying to squeeze more military power out of its population short of a total mobilization? What of the Turkish-brokered grain export deal? If you want to know the answers to these questions and more, listen to this episode. (28 July, War on the Rocks)