Yangon, 26 June 2017 – Myanmar Institute for Democracy (MID), an independent, non-partisan organization dedicated to freedom of expression and the media, and MEMO 98, the Slovak media monitoring organization, organized a second roundtable this year to discuss the way how the media cover political developments in the country. The monitoring has sought to evaluate the coverage of April 2017 by-elections, as well as the overall level of political diversity and the coverage of some important topics and issues, such as the coverage of minorities and the national peace process. The overall objective of this initiative is to provide an impartial and comprehensive analysis of the media reporting and to facilitate discussion about its quality so that the citizens of Myanmar can make well-informed participation in the democratization process. The project is supported by the National Endowment for Democracy (NED). To date, MID and MEMO 98 have conducted three monitoring exercises since the newly elected government took office in April 2016. 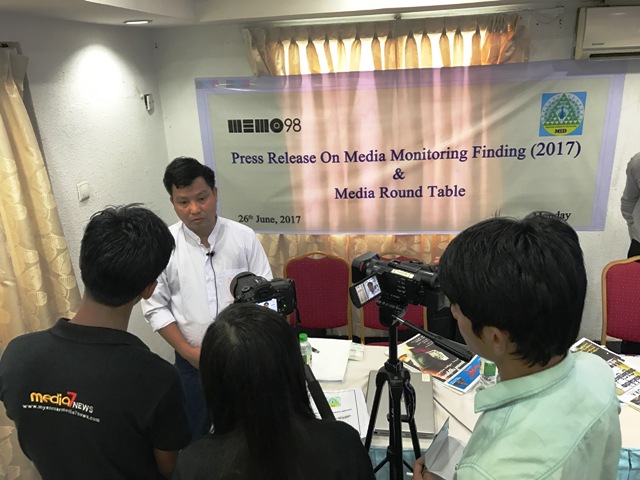 The media provided only limited information about contestants competing in by-elections. As a result, it was rather difficult for the voters to form a more objective view of the campaign and to make an informed choice at the ballot box. At the same time, most of the media, in particular the state-funded broadcasters dedicated the bulk of their coverage to the activities of authorities. The state broadcasters continued to offer biased coverage promoting the government and the ruling NLD.  This advantage of incumbency gave the party apparent leverage over their opponents who did not hold any official positions.

“Traditionally, the main broadcasters enjoy high level of trust and popularity. In this respect, the authorities should move ahead with the plans to transform State broadcasters into a genuinely independent public service media that would not serve any partisan interest. Conversely, it should develop fair and impartial editorial line, essential for development of a healthy democratic society”, said Maw Zin, MID’s Board member. 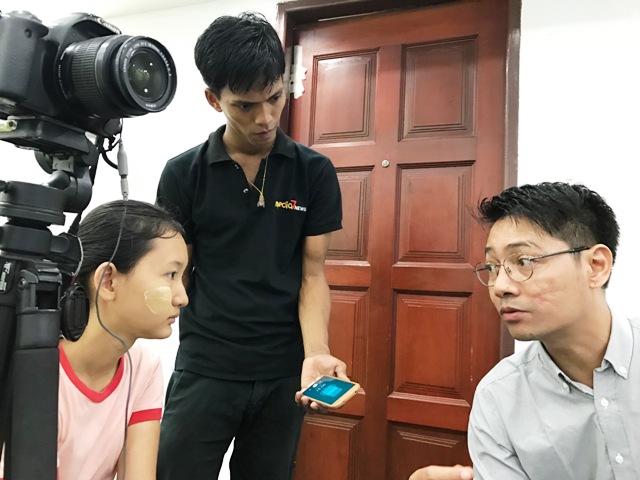 Positively, despite the continued general lack of investigative approach, the number of critical and independent opinions on the performance of the authorities has been increasing. While such editorial policy still appears to be a rather irregular than a part of a more systemic editorial stance, it shows a desired direction for a more comprehensive and critical political reporting. 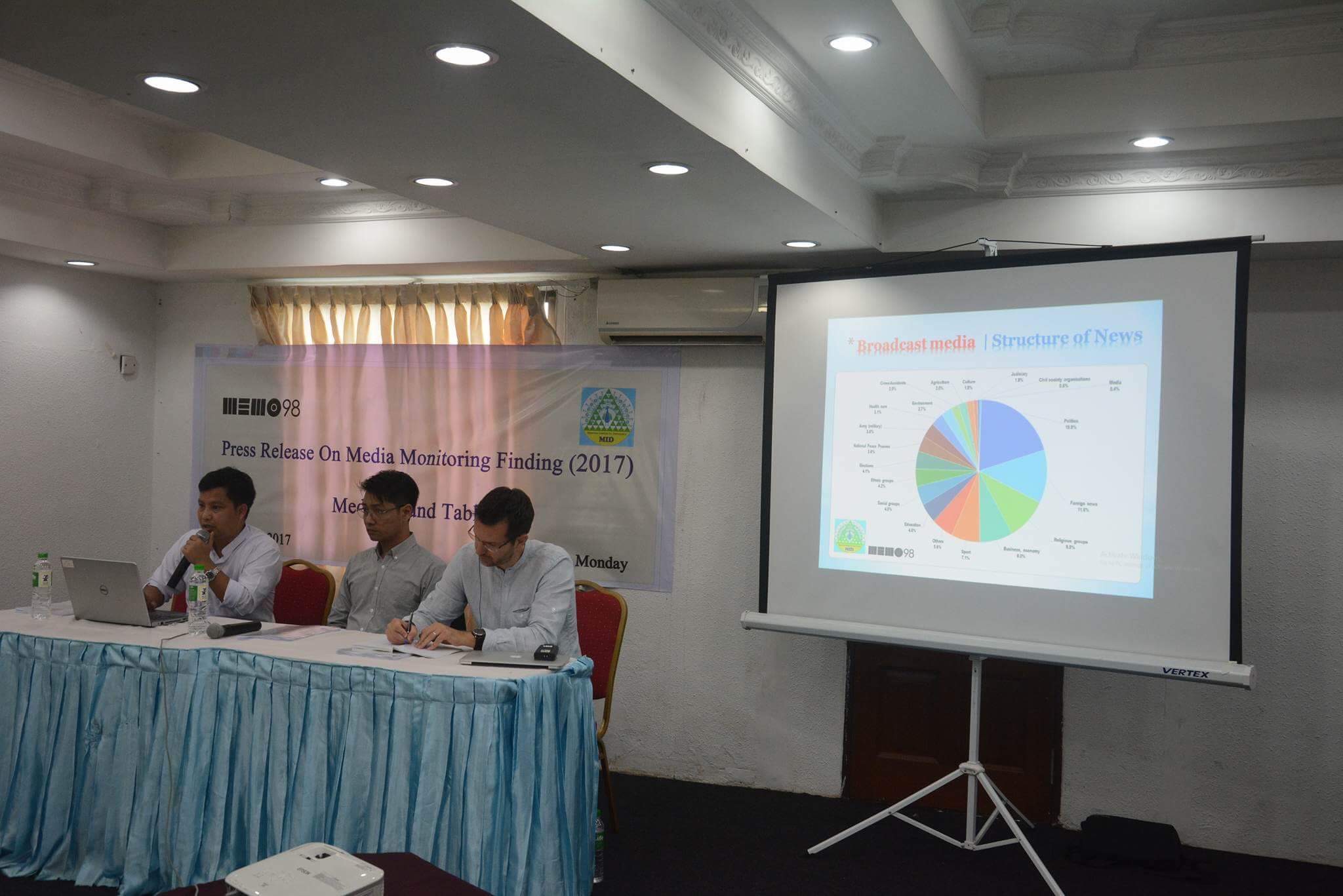 Yet, the country’s repressive legislation and its regular implementation, in particular Section 66 (d) of the Telecommunications Act that carries potential charge of a three-year prison raises profound concern amongst journalist community. Numerous cases contributed to a chilling atmosphere concerning the exercise of the freedom of expression, the trend at odds with democratic principles.

In a pluralistic society like Myanmar enjoys, there should be a certain degree of tolerance with regard to provocative speech especially affecting authorities or elected officials. As the international practice suggests, even if offensive, shocking or disturbing, such expressions should not be inhibited or sanctioned to suppress criticism of the government or its institutions”, said Ivan Godársky from MEMO 98. 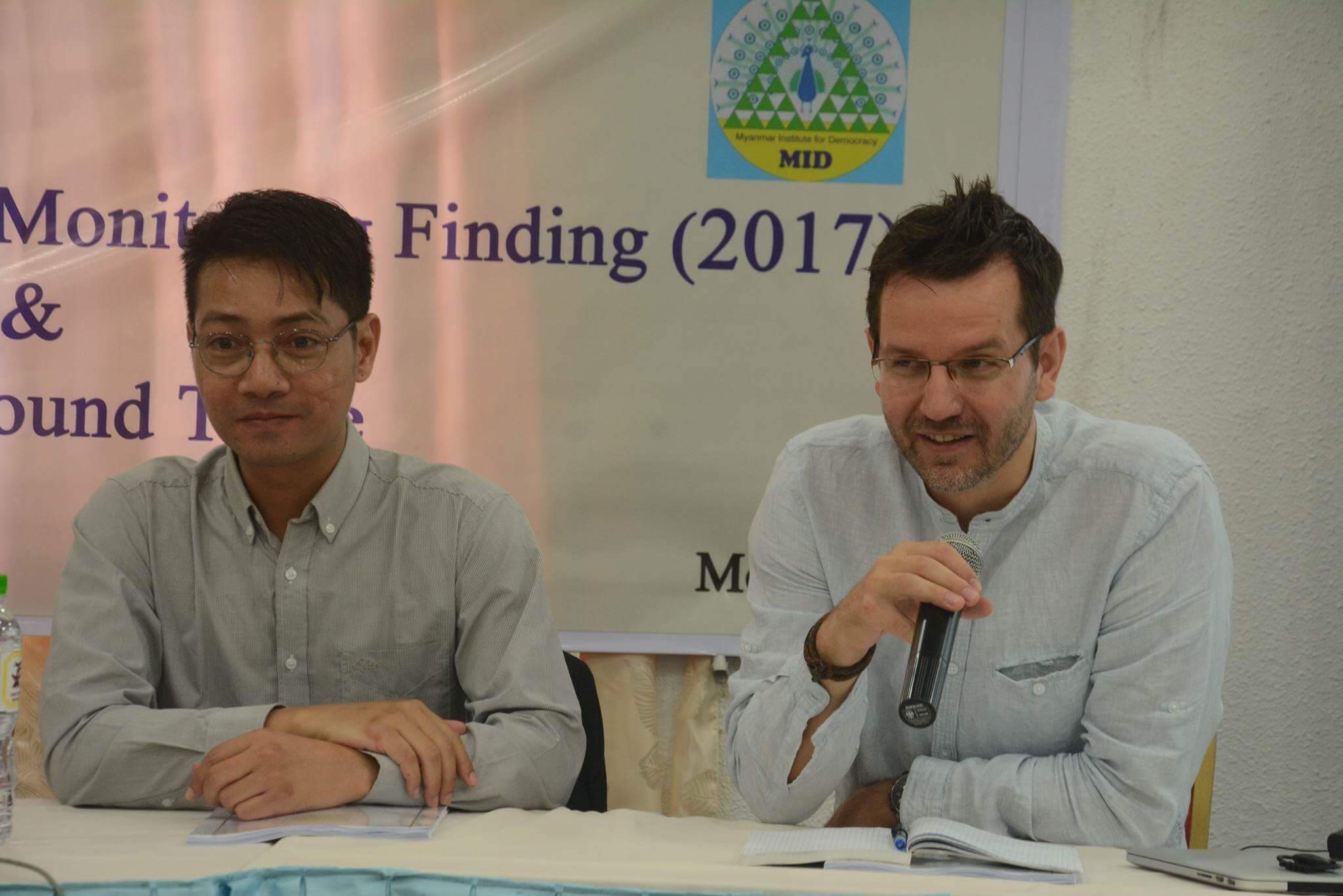