By not inviting international election observers, Lukashenka made an early statement that he would try to hold onto power no matter what. But he might have miscalculated this time.

With five election “victories” and 26 years in power, Belarusian President Alyaksandr Lukashenka, you would have thought, had mastered the playbook of political longevity. But as Sunday’s disputed elections have shown, Lukashenka’s playbook is dangerously outdated, and the public is no longer prepared to go along with his flawed elections.

The buildup to this election followed a well-worn and familiar path. There were signs of warming relations with EU countries and the United States on one side, and contradictory relations with Russia on the other. But any hopes this would translate to a more genuine and democratic election were quickly dashed – well ahead of the polls – when Belarus failed to send a timely invitation to the OSCE’s Office for Democratic Institutions and Human Rights (ODIHR) to observe the election. 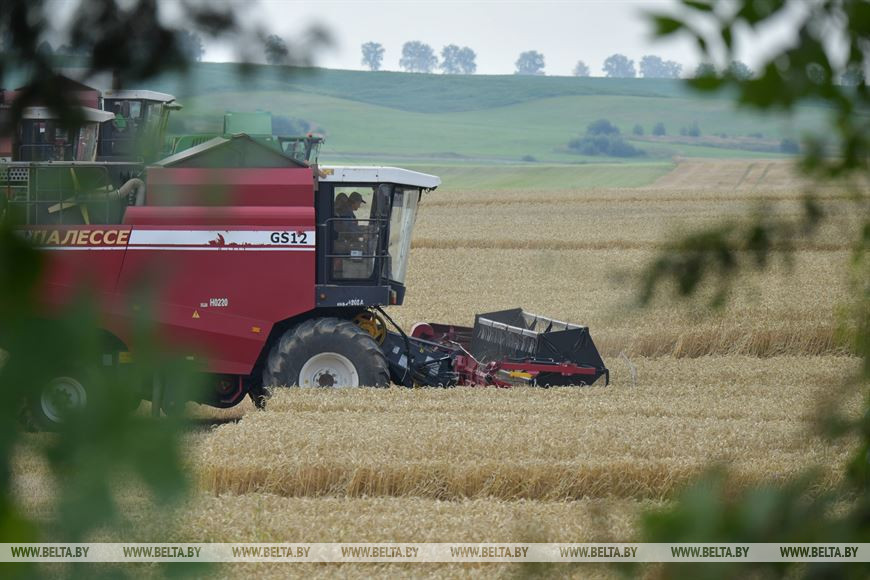 As Biased As It Gets

While none of Lukashenka’s previous victories was considered free and fair by the ODIHR, that decision would make it the first time in 20 years that no credible international mission would observe an election in Belarus. This was a statement of intent: Lukashenka would seek victory at any cost, with little interest in such matters as international legitimacy.

Lukashenka’s tried and tested election (non-) campaign was soon in full swing. “Elections come and go, but everyone wants to eat,” as the president said on 27 July, positioning the elections as an unnecessary inconvenience. State TV was dominated by Lukashenka going about his presidential business, the only one capable of running the country. TV news devoted 97 percent of all political news programming to him while other candidates received just 30 seconds of airtime during May and June, and that was negative, as the media monitoring done by my organization and our partners demonstrated. 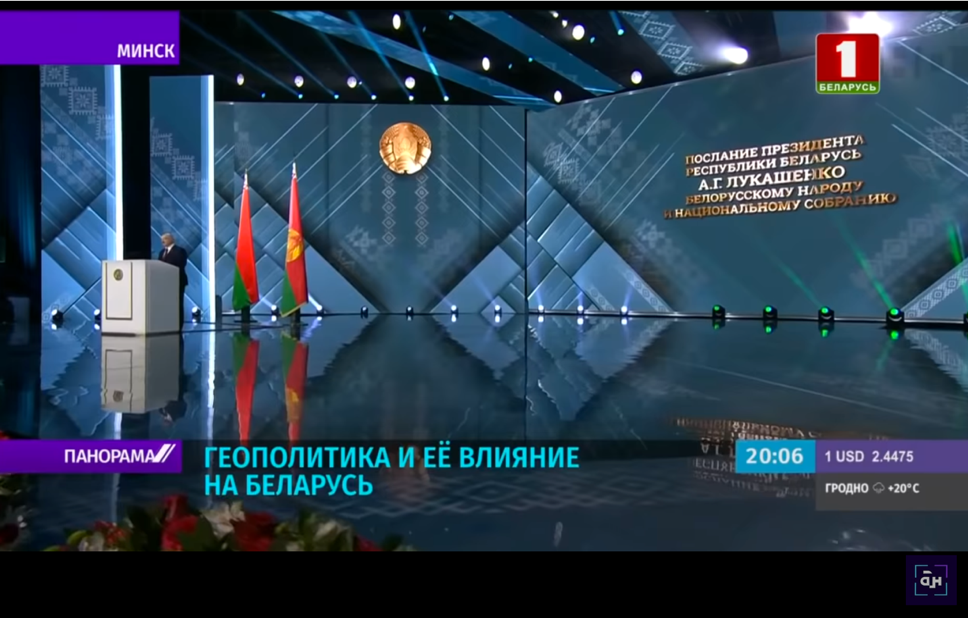 In a reincarnation of Soviet-era propaganda, state TV highlighted Lukashenka’s achievements, proclaiming how he “inherited a small piece of land called Belarus where everything was destroyed” and turned it into “a successful country.” The phrase “he understands and serves the needs of people” was repeated several times a day during the campaign. In his appearances on state TV, the incumbent avoided calling his opponents by name, instead referring to them as “this person” or “that woman,” in an obvious effort to belittle them in front of voters.

Denying access to the media was accompanied by denying candidates a chance to run. Popular vlogger and aspiring candidate Siarhei Tsikhanouski was arrested on trumped-up charges. Criminal investigations were opened against him, as well as Viktar Babaryka (a banker and another potential candidate) and dozens of their associates, many of whom remain in detention. The candidacy of Valery Tsapkala, a former ambassador who used to head the High Technology Park Belarus, was also rejected. Lukashenka has put his main opponents behind bars before, although usually it happens after the polls.

Somewhat unexpectedly, however, among the four opponents who were allowed to run was Sviatlana Tsikhanouskaya, the wife of the arrested vlogger. When she allied with the wife of another detained opponent and the female campaign team member of another, Lukashenka was suddenly faced by the powerful picture of three women, united together in their effort to unseat him.

He dismissed them as too fragile to run Belarus because of their gender. But it soon became clear that Lukashenka underestimated their ability to unite the opposition against him. Lukashenka’s tired narrative, pumped out on state TV, was coming up against an authentic story of bravery in the face of adversity, and a movement that was taking off on social media. 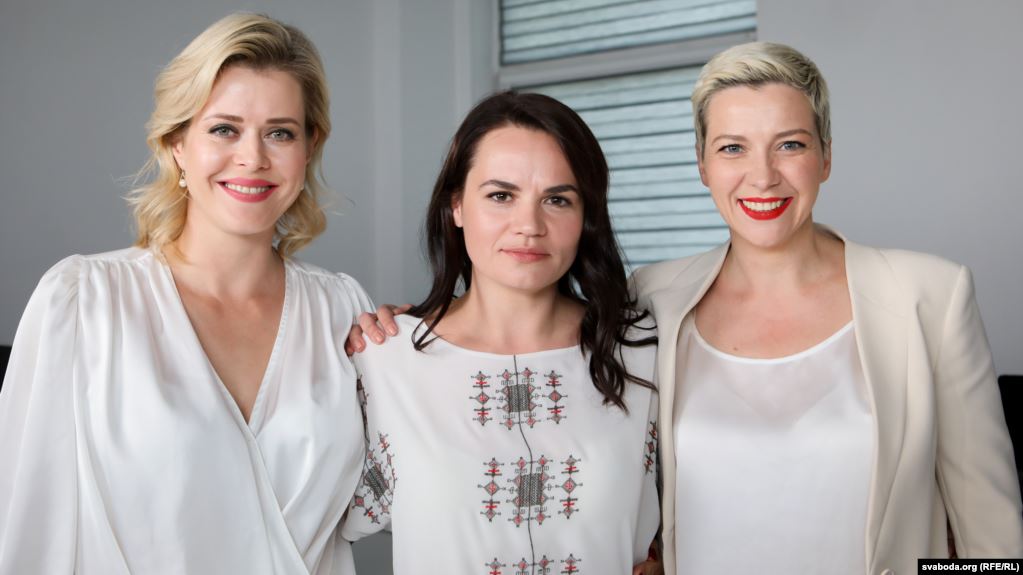 The Power of the Ordinary

The president should have seen the warning signs. Siarhei Tsikhanouski’s YouTube channel “A Country for Life,” launched in 2019, managed to attract a huge number of subscribers. The success of the channel was very simple – it focused on the problems of ordinary Belarusians from all over the country, an idea unheard of on state media. This novel approach became even more important with the COVID-19 pandemic, mishandled and largely denied by the authorities and state media, which portrayed a world in crisis and Belarus as an island of COVID-free stability. When people saw family and friends dying of COVID, they began to question the official line.

While the opposition relied on social media to mobilize and coordinate their supporters, Lukashenka did not even have his own social media profile. By the time the regime realized the impact of the social media movement, it had already faced huge crowds in the streets. The regime responded – in another typical Lukashenka play – by blocking social media channels and repressing journalists, bloggers, and influencers. After the election, it even turned off the country’s internet. Meanwhile, the violence against protesters unwilling to accept the result continues.

The regime is now trying everything it can to hold on, including the release of a video concession from Tsikhanouskaya – clearly under duress – who has since fled the country. But as one former British ambassador to Belarus noted, she is the figurehead, not the inspiration, of the movement. That won’t go away because she has been forced out of the country.

It appears the people are no longer prepared to go along with Lukashenka’s fairy tale and are desperate for change. The international community should stand up and support Belarusians in this quest, and call out the fraud and violence for what it is. The only way out of the situation is to repeat the election, under different circumstances and in the presence of credible international observation – a challenge Lukashenka is clearly unwilling to face.

This article was published by Transitions online on 13 August 2020