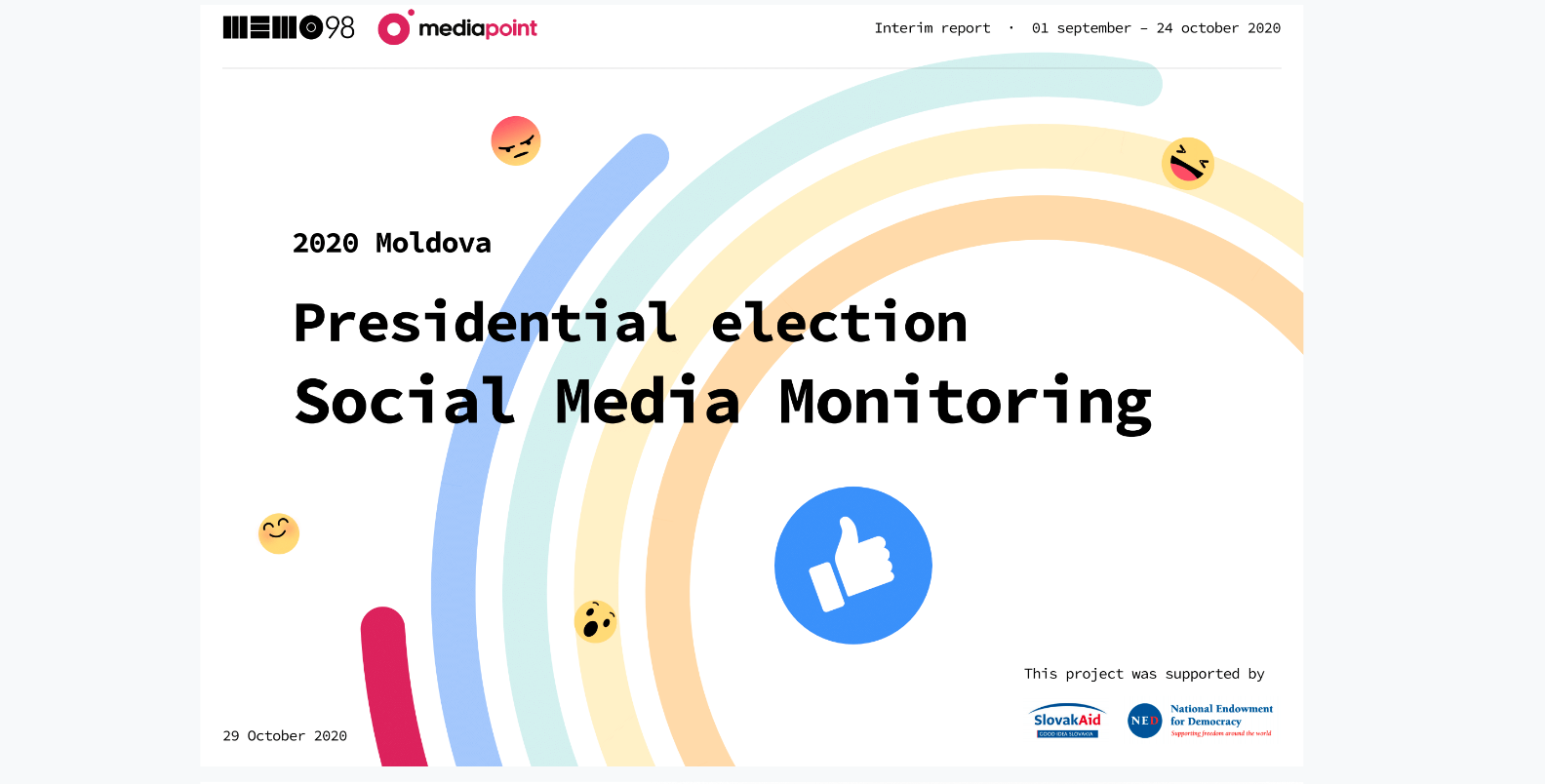 Moldova’s incumbent President Igor Dodon is losing out on social media to his ideological rival Renato Usatîi and the pro-European candidate Maia Sandu, who are dominating the online campaign in the lead up to the Presidential election on 1st November.

The research, conducted by Mediapoint, a Moldovan new media organization, and MEMO 98, a Slovak non-profit, examined social media in Moldova between 1st September and 24th October, monitoring the public pages of 37 politicians and parties.

Usatîi and Sandu account for over 70% of all the interactions during the period, with an active campaign from Usatîi leading the way with close to 570k engagements and Sandu not far behind with 410k, despite posting significantly less. The incumbent Dodon comes in fourth behind Andrei Nastase, with a little over a quarter the figure of Sandu and fifth that of Usatîi.

The monitoring shows the battle is focused primarily on Facebook, which saw over 3,700 posts from the pages and 2.7m interactions over the period, compared to only 514 posts and a little over 190,000 interactions on Instagram. Individual candidates’ pages were also far more important for the campaign than their official party pages, generating 13.5 times more engagement than the party pages.

Usatîi was by far the most active candidate on Facebook, posting twice as much as his nearest rival, while his Partidul Nostru party posted 3.5 times more than any other party. Usatîi was also the biggest spender on paid promotion on social media, paying out €15k for advertising. The overall spending during the campaign was relatively low, with a little over €40,000 invested by registered candidates and parties from 4th August onwards.

In terms of the content of campaigns, candidates and parties focused on roads and infrastructure, reunification with Romania, salaries and pensions, and COVID-19, with the government’s handling of the crisis coming under increased scrutiny. Social media users, however, were most engaged on salaries and pensions, education, corruption and bribery, with the problems of the judicial system and pensions generating the most comments.

Remarking on the findings, Andrei Fornea of MediaPoint said: “This is the first time anyone has looked in depth at political campaigning on social media around elections in Moldova, and it is already throwing up some interesting findings. We will have to wait until Sunday to find out if the social media battle reflects the public at large.”

Mediapoint and MEMO 98 will issue a final report covering the full campaign period as well as any second-round run-off following the conclusion of the elections. 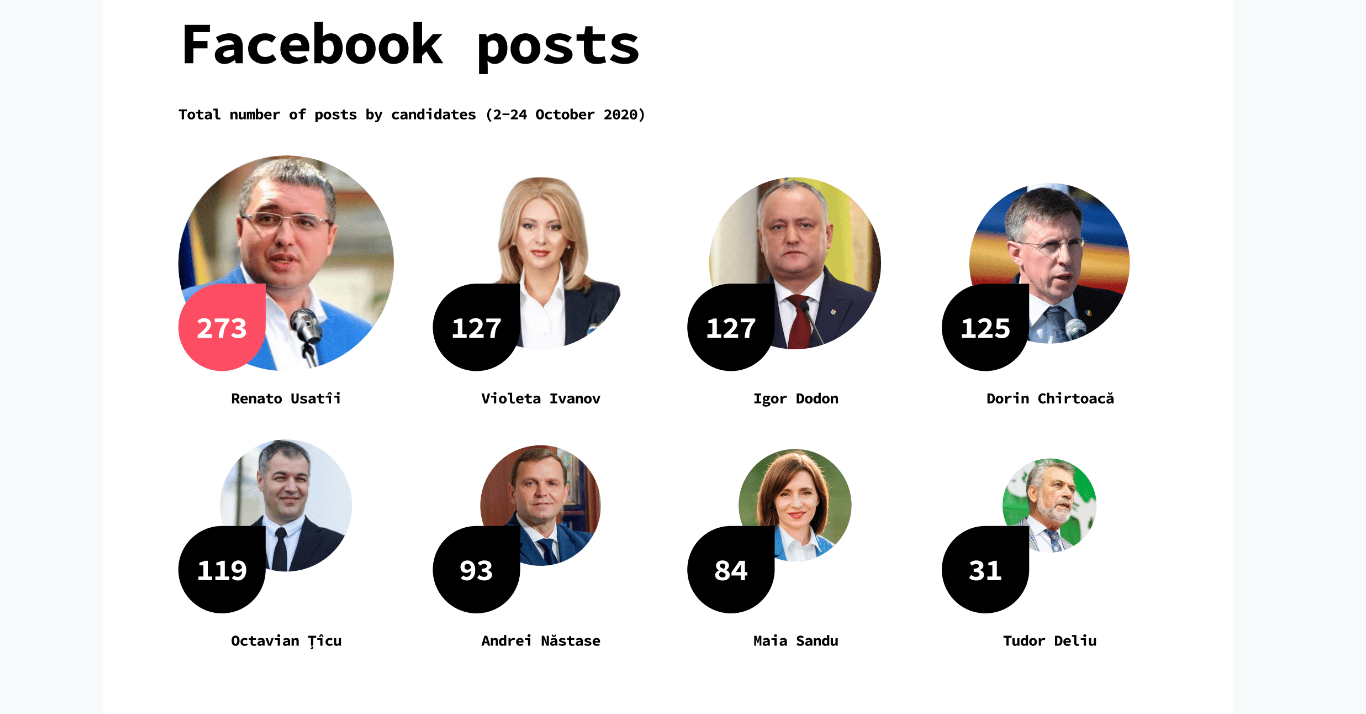 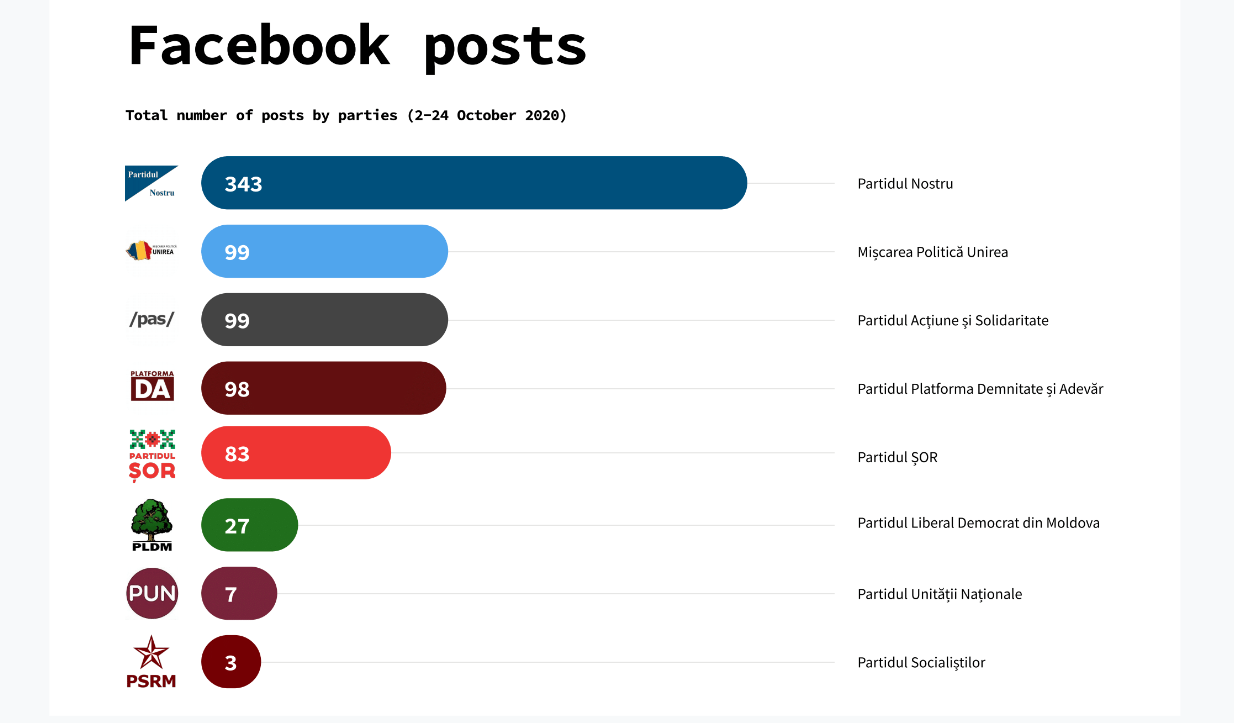 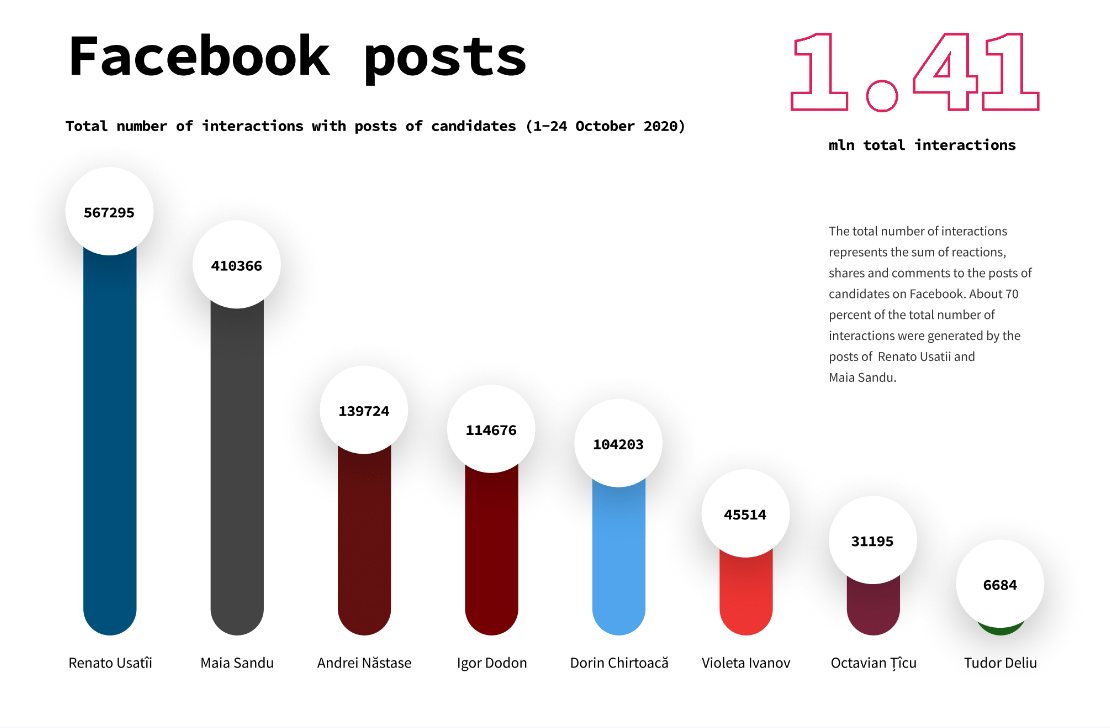 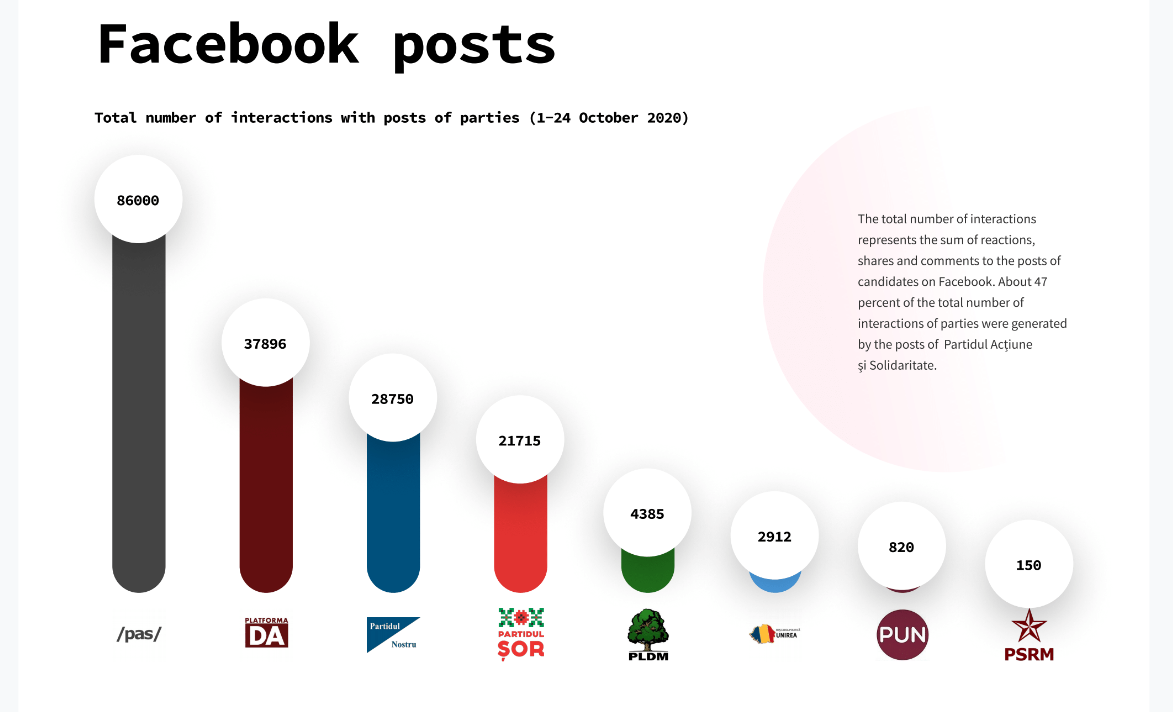 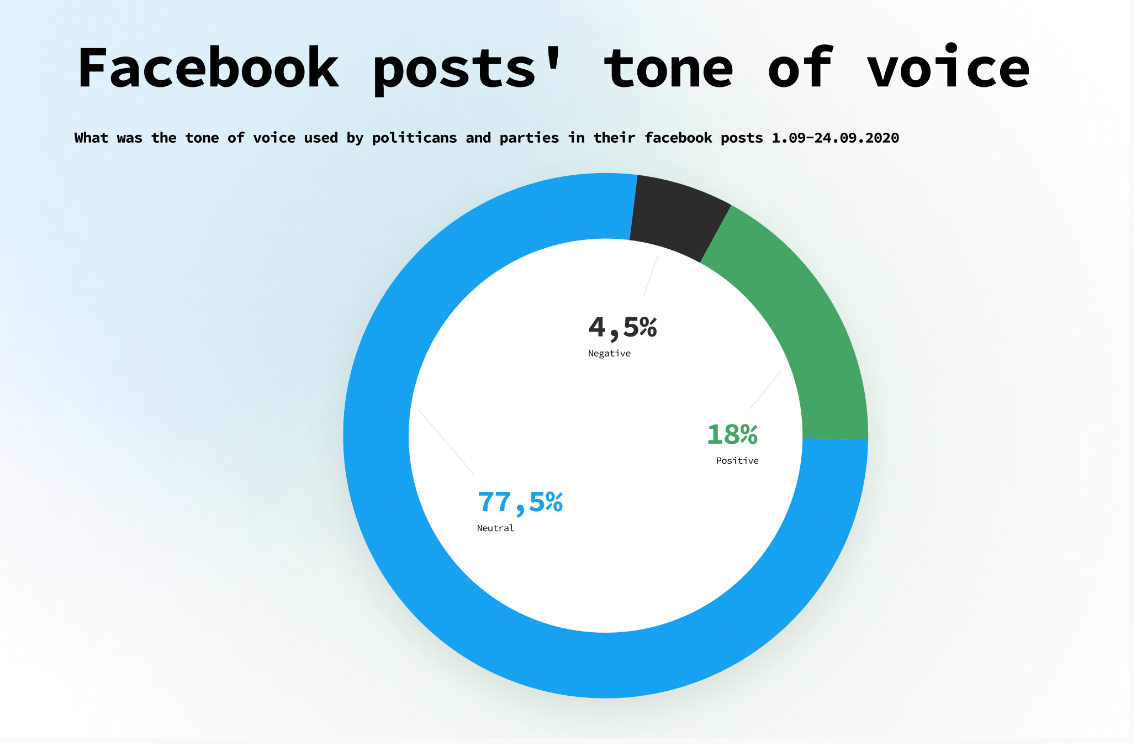 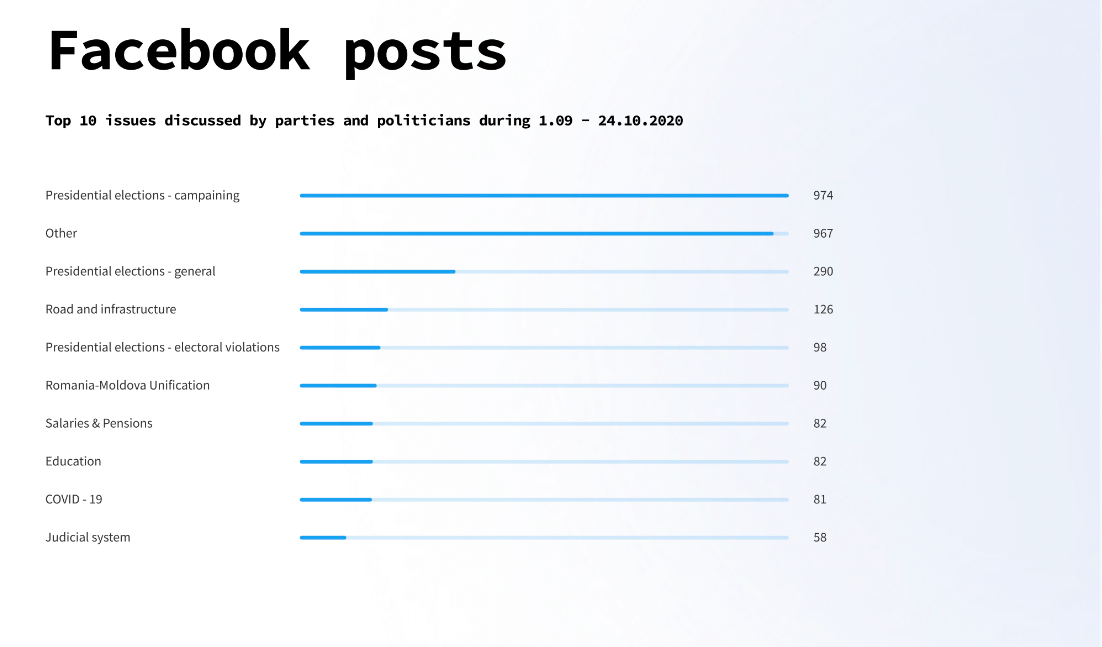 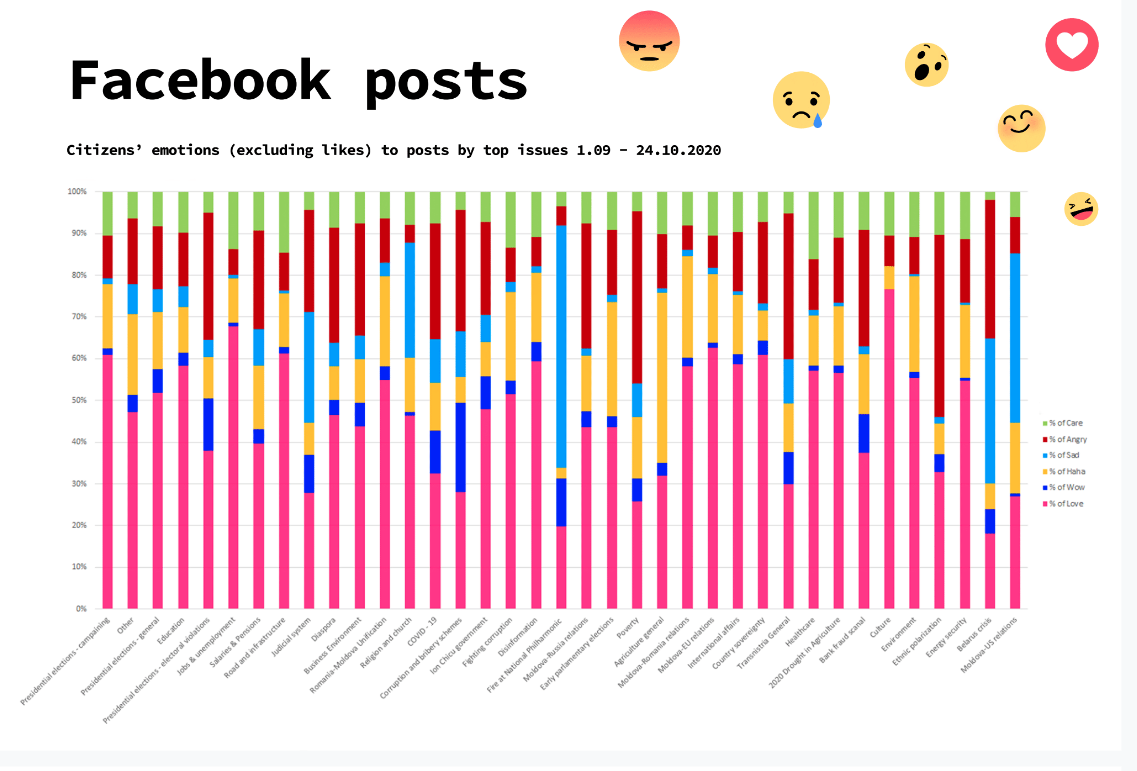 The press release in pdf can be found here press-release_final