Between 12 March 2021 and 9 April 2021, Media Development Center, a Kyrgyz media organization, and MEMO 98, a Slovak non-profit specialist media-monitoring organization, monitored social media in the run-up to the 11 April local elections.

The main purpose of this monitoring was to determine the impact of social media on electoral integrity and the extent to which social media provide important information that voters need in their decision-making. Television is the primary source of information about politics, but the growing relevance of social media has to be acknowledged, and so we continued with the monitoring of Facebook and Instagram. We were interested in determining to what extent are social media used in Kyrgyzstan during elections. MEMO 98 and Media Development Center (MDC) monitored social media prior to the 4 October parliamentary elections as well as the 10 January 2021 early presidential election. 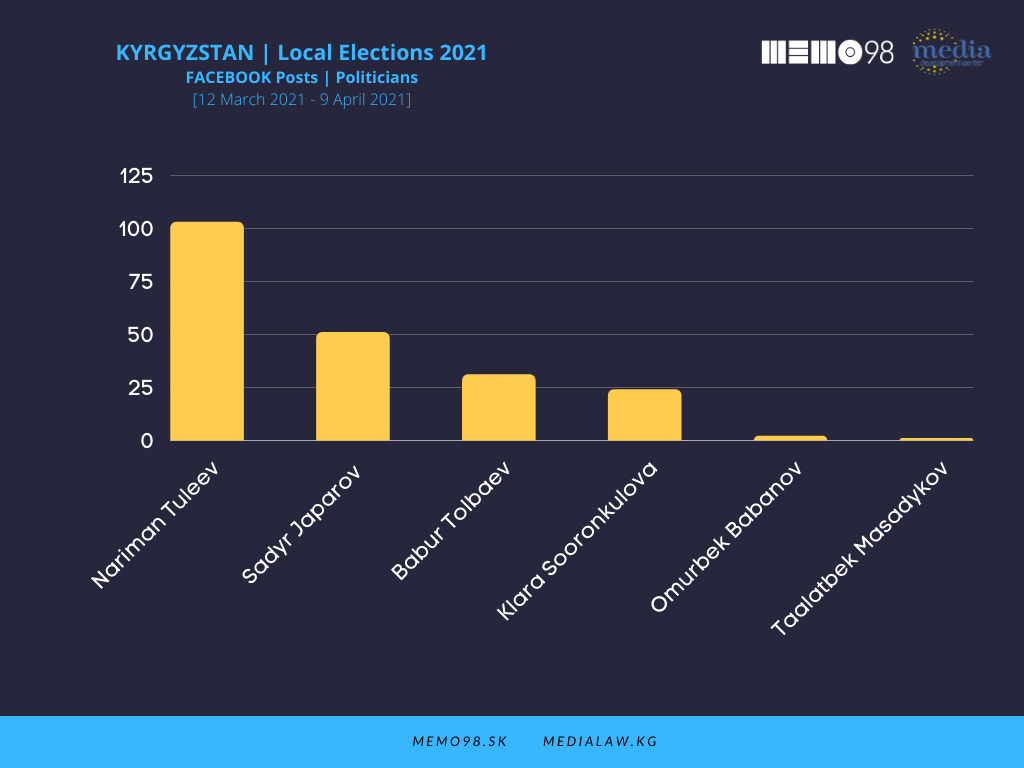 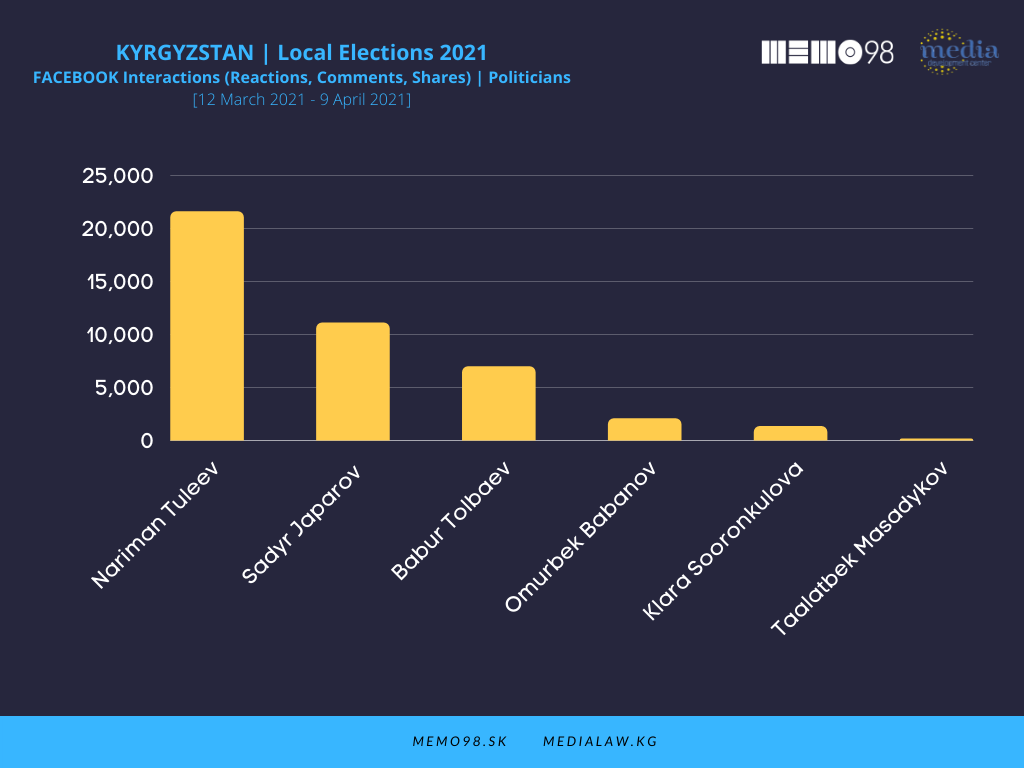 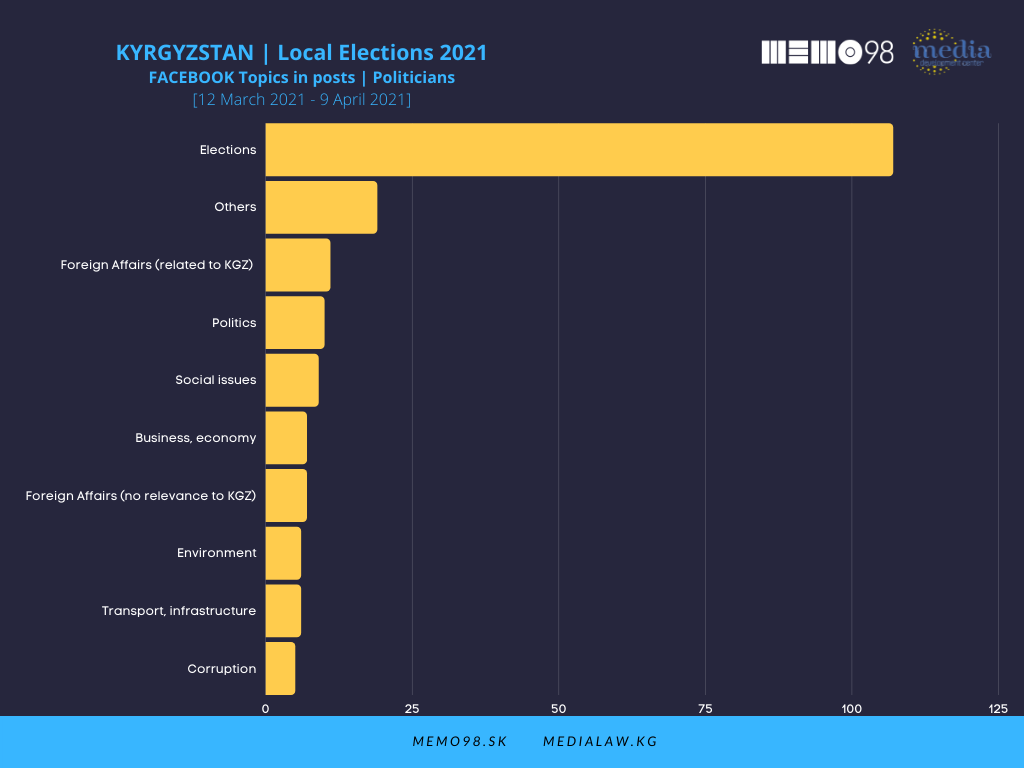 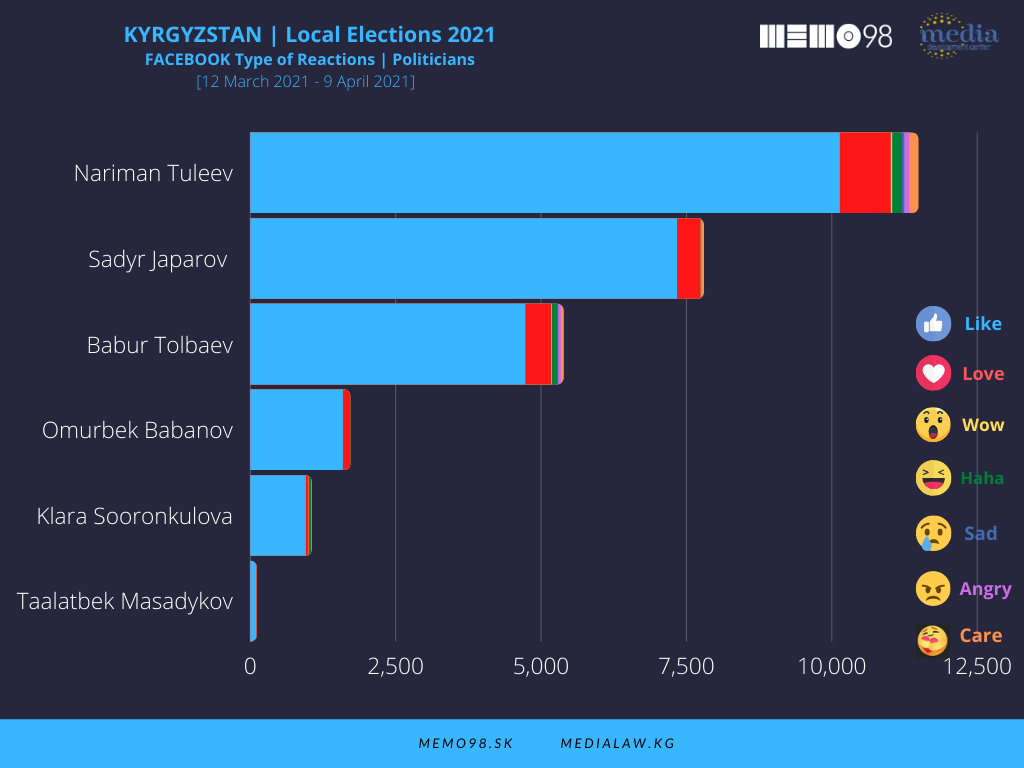 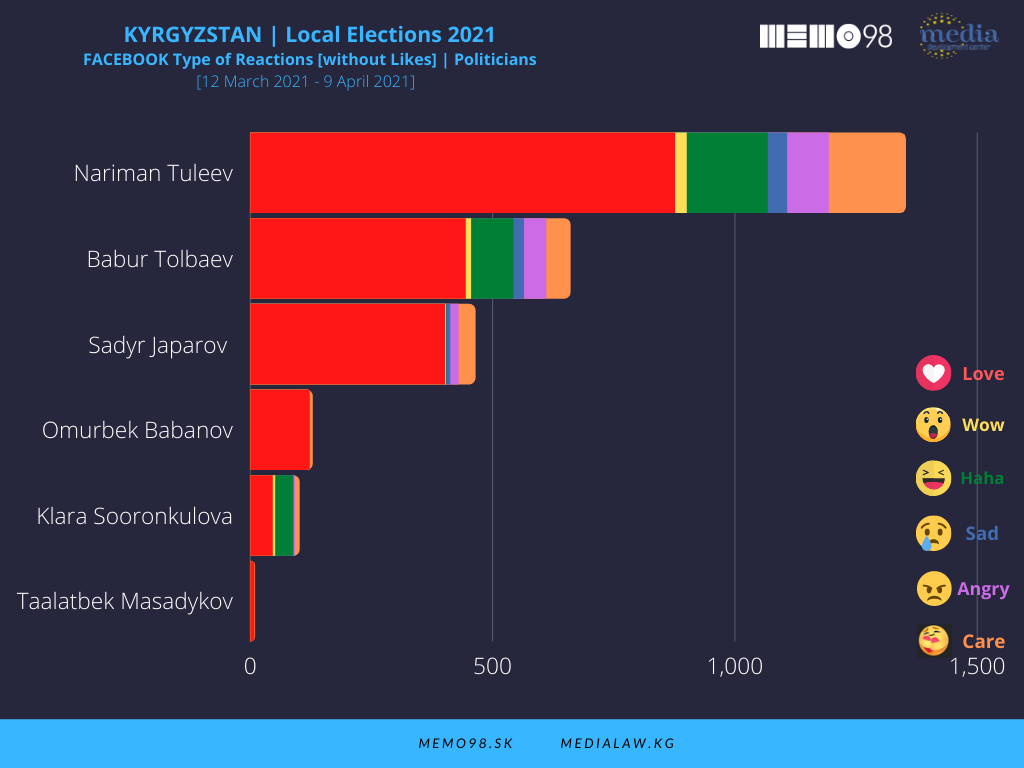 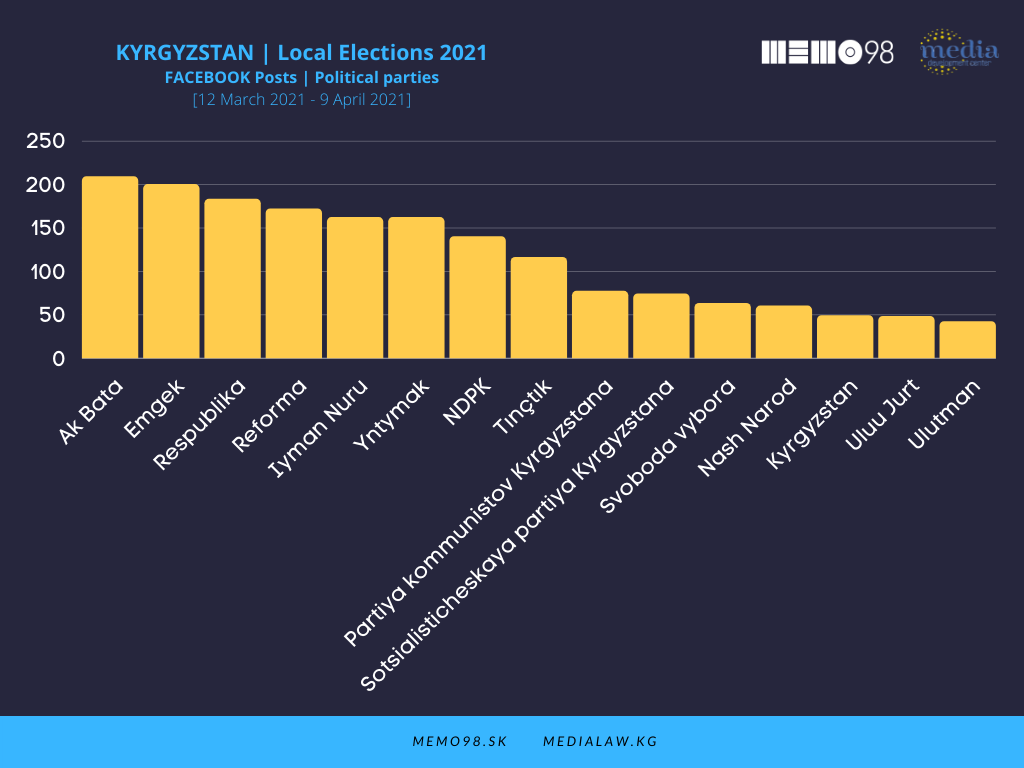 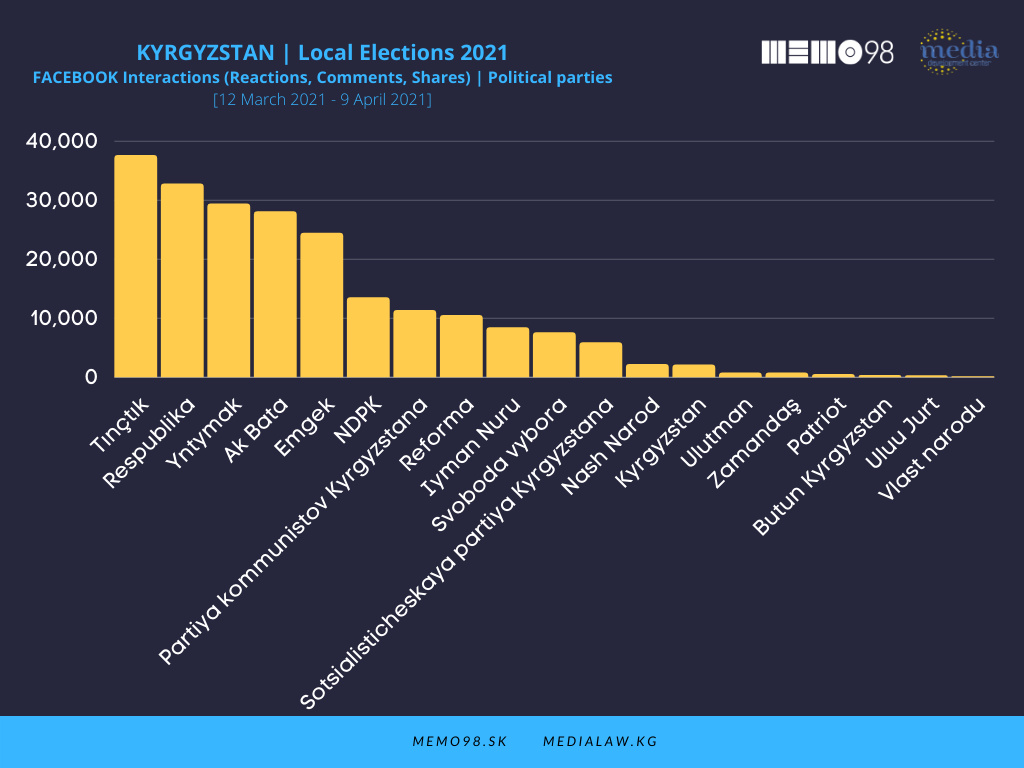 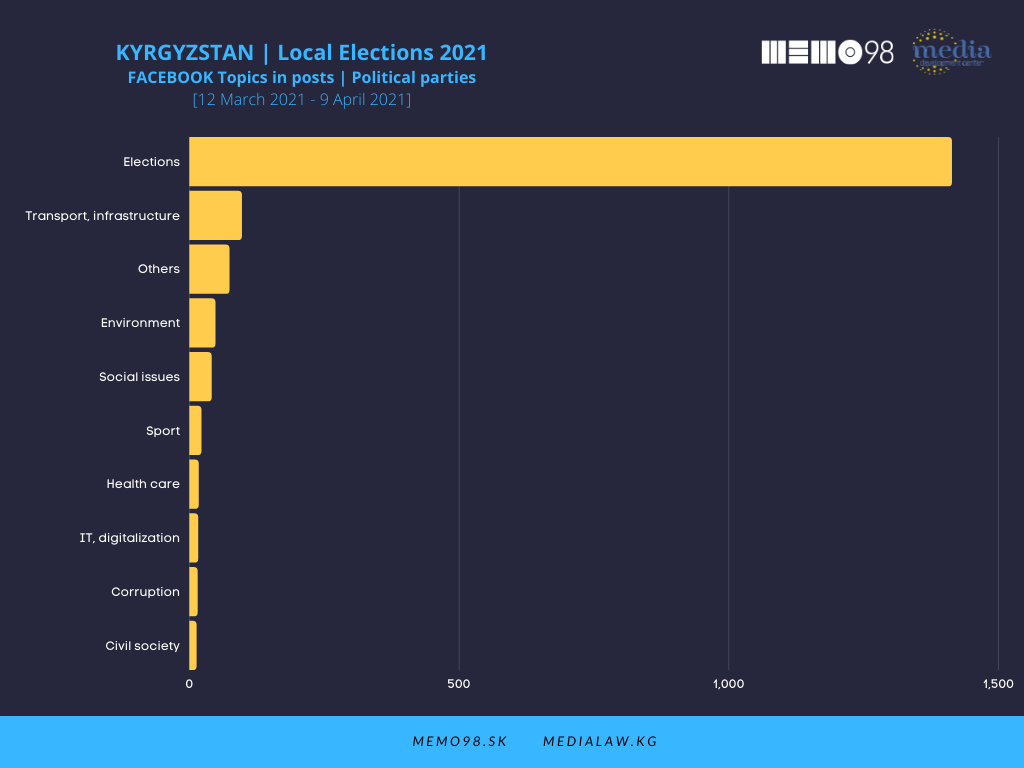 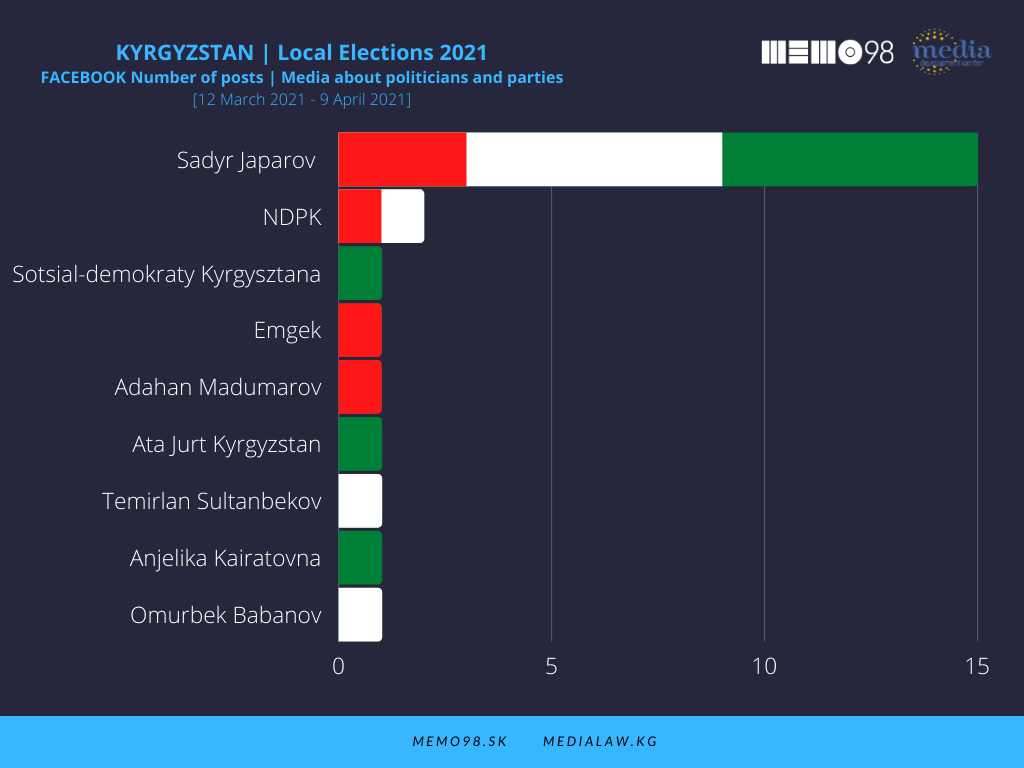 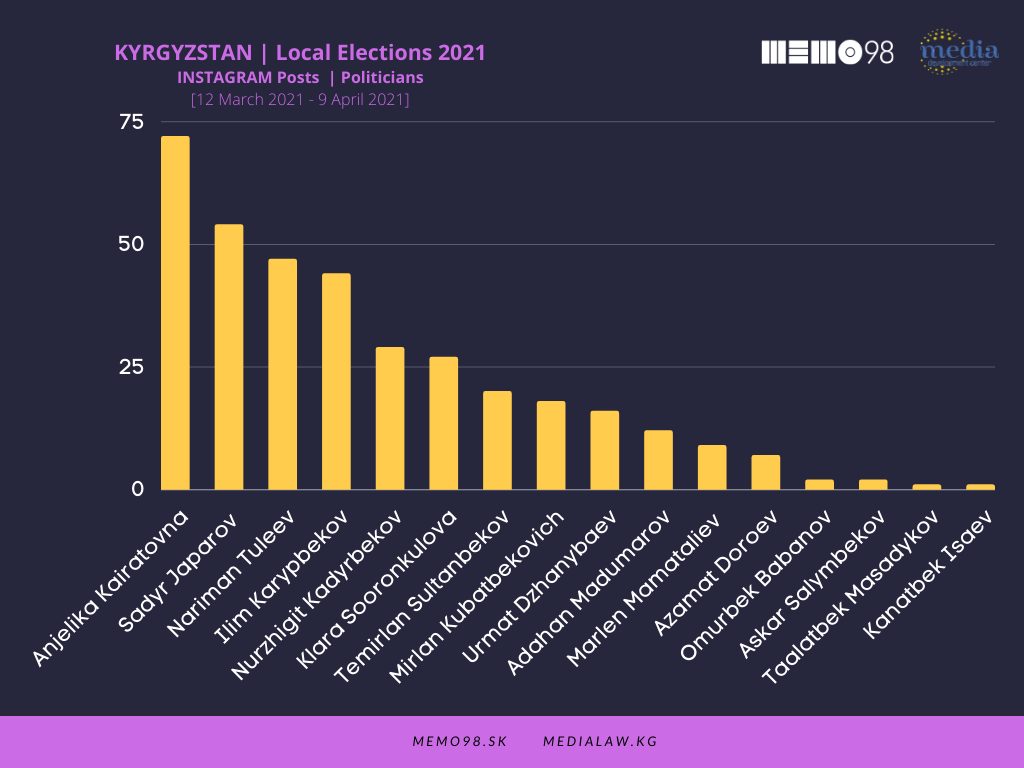 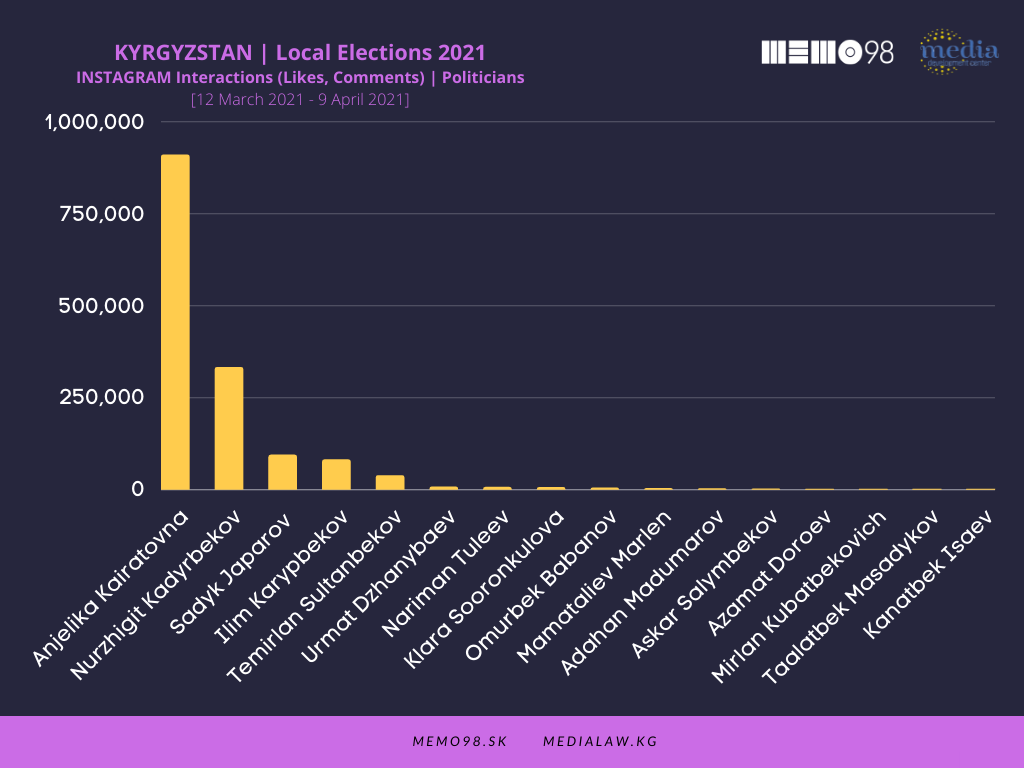 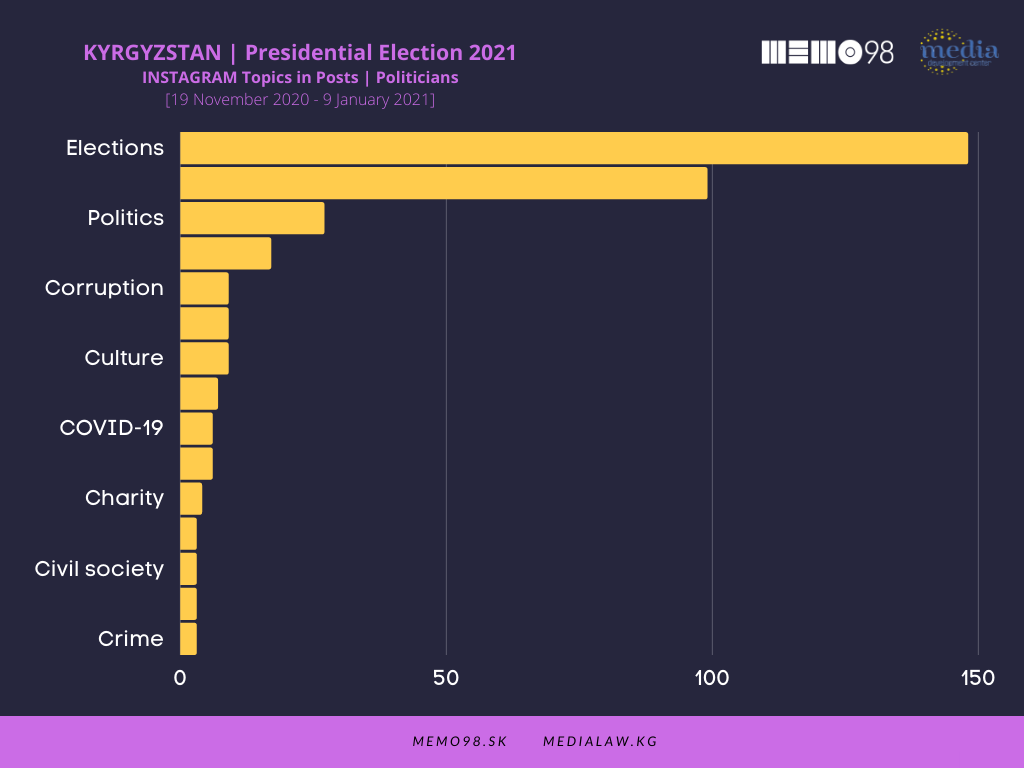 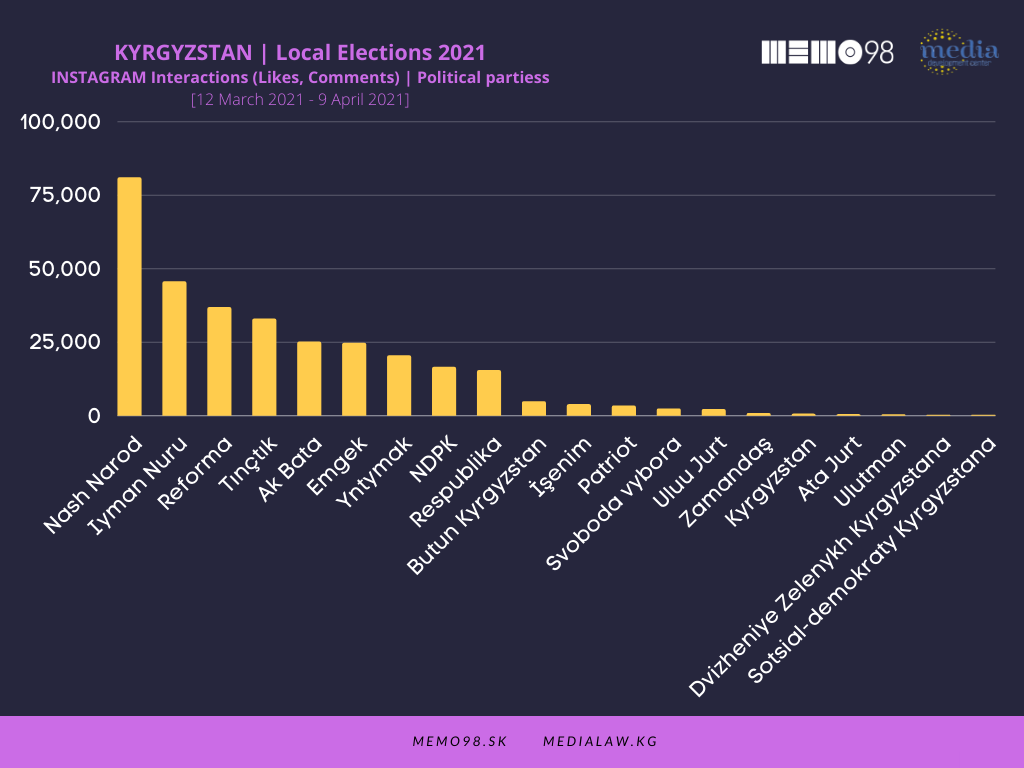 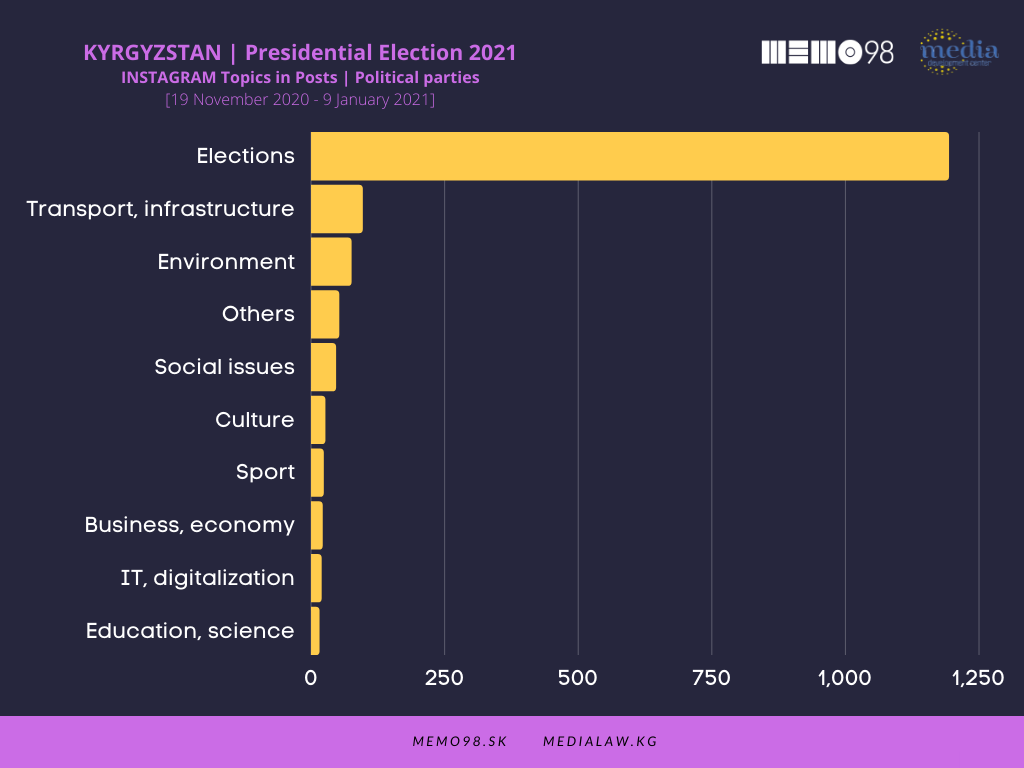 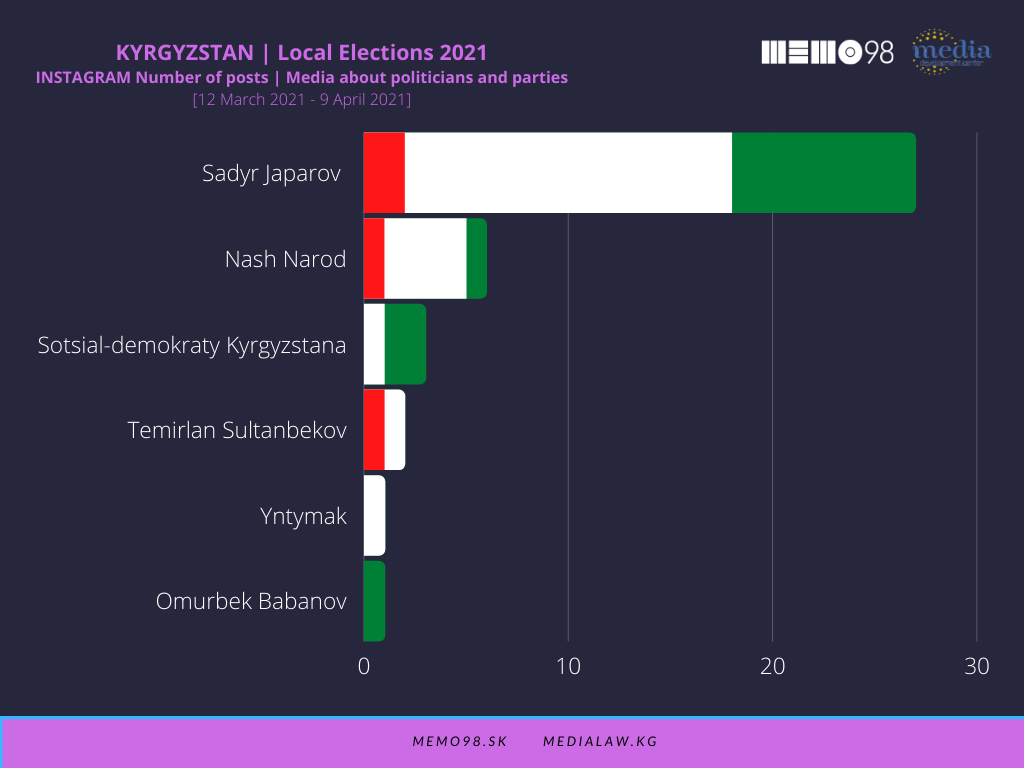 The full report in English is available here and in Russian here.